Will it ever be safe to ride a bike in PDX? wrong way driver hits courier in North Portland

The latest car on cyclist violence in the failed city of Portland. :(. The city that used to work. 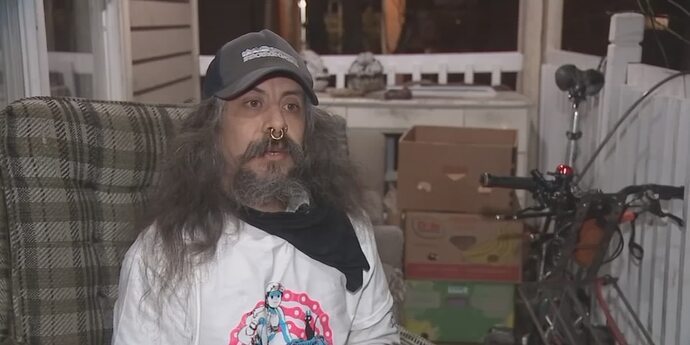 Portland bike courier recovering after being hit by wrong-way driver

Here’s a better link to the KPTV story, that links to a written article, and not just a video. Portland bike courier recovering after being hit by wrong-way driver

The story provides a link to a gofundme. The gofundme says, in part, “Since the elderly woman who hit him is uninsured and unlicensed, Jake does not want to press charges or cause hardship on her for this mistake and is looking for his community to offer support during this challenging time.”

Yep, the lack of accountability and consequences for one’s actions is destroying livability and safety in Portland.

Anyone remember this wrecked Ford Explorer that remained on the east side of SE MLK & Alder by the gas station for quite some weeks in late 2022 in “No parking at any time” space?

The relevance of this is based on information available to me, that plate does not even belong to a Ford and appears to belong to a GMC Sonoma.

1.) has that vehicle ever been involved in parking code violations? If so, does PBOT make it a point to tow vehicles with license plate to make/model or VIN mismatch on the spot? They don’t have time to do VIN/plate cross reference on each vehicle, but make/model to plate mismatch is more obvious.

2.) It was in no parking at any time zone in wrecked conditions for weeks. What was PBOT thinking to not tow it the same day? 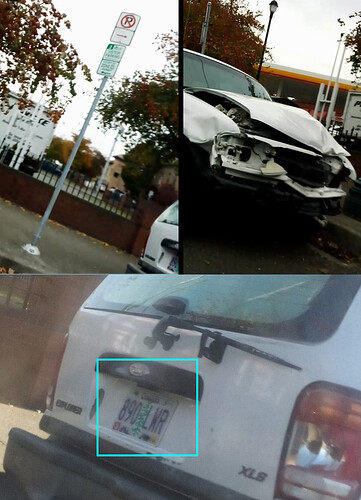 I believe this collision would have been preventable by simply implementing a technical feature of doing preliminary real-time plate vs make/model check, follow up with formal VIN/plate cross check and towing parked vehicles immediately upon failing this test.

Absolutely, this attitude is enabling bad behavior. Driver is incompetent, unlicensed, and uninsured? Great, sell the fcking car to pay for the mayhem you wrought.

Oh but in Portland following vehicular laws is now mostly optional. There are very few consequences for not following traffic laws, registering your vehicle, having insurance, having a valid driver’s license, displaying license plates, etc. Enforcement has somehow been construed as racist and undesirable. We now pay the consequences.

Companies like Retriever Towing already have access to DMV records in order to conduct business. As much as I’m not a fan of tow companies, they should have unrestricted access to live make/model - plate number reference… and allowed access to full info (with names and contact info only after tow is initiated) and if anyone calls and complains about an illegally parked vehicle with suspicion of say being a Ford Explorer in a GMC Sonoma license plate, they should be allowed to tow immediately with no ifs, ands or buts upon verification of mismatch.

Then, we can have public funds cover the tow and storage expenses for the vehicle’s lawful owner. . . if it was found to be reported stolen to police at the time it was discovered and used illegally.