Vote the bums out! Election in May, vote differently to stop the violence

I’m not voting for any incumbents in May. Those in office are not getting the job done. Time for change in my opinion.
Portland police said the deadly hit-and-run on Friday marks the thirteenth traffic fatality and the seventh pedestrian-involved fatal crash of 2022.

There are some reasonable candidates running fortunately 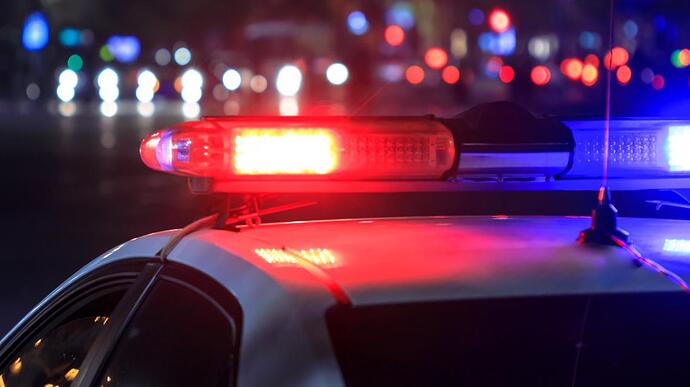 Portland police said the deadly hit-and-run on Friday marks the thirteenth traffic fatality and the seventh pedestrian-involved fatal crash of 2022.

As Multnomah County Chair, Sharia promises that she will work with a sense of critical urgency, using all of her legal experience and policy tools at her fingertips to address our county's most pressing needs. Her vision reflects the common-sense...

Homeless Crisis and housing Our homeless crisis is a human tragedy. It is the number one issue in Portland. How is it possible that we have made such little progress after spending so much money? C…

Because identity politics are highly valued (excessively by some) in Portland. Plus it is sort of interesting. Not too many Muslim women in politics in these here parts. Her father was falsely accused and imprisoned by the FBI of being the Madrid train bomber even though he had never left the Portland area. So she does have “lived experience” with racial and religious profiling which I think would be considered a positive attribute by many.

“The United States of America apologizes to Mr. Brandon Mayfield and his family for the suffering caused” by his mistaken arrest, the government’s apology began. It added that the Federal Bureau of Investigation, which erroneously linked him to the Madrid bombs through a fingerprinting mistake, had taken steps “to ensure that what happened to Mr. Mayfield and the Mayfield family does not happen again.”

At an emotional news conference in Portland announcing the settlement, Mr. Mayfield said he and his wife, an Egyptian immigrant, and their three children still suffered from the scars left by the government’s surveillance of him and his jailing for two weeks in May 2004.

The best thing in my book though is that she FULLY supports having our MUP’s/Bike paths be free of unsanctioned camping, clean and safe for public use! The other candidates for county chair do NOT support this position.

Unfortunately, voting prior bums out just let in the current batch. Candidates tell us what we want to hear to get voted in, and once in, they do their own thing.
I’ve voted for those supposed “rebels of the establishment” before, only to find out once they were in office, they embraced the establishment for every penny they could.
It’d be nice to be able to believe the candidates and what they say. I know, that’s a fantasy.

I respectfully disagree. I think candidates more or less stay true to their statements.

Take DA Mike Schmidt. He promised to be a woke DA and not charge people for crimes that was happening under the prior DA. He did it. And we are suffering the results of that.

Joanne Hardesty promised to be a racial justice warrior and keep the police out of everyone’s hair. She did that. And we are suffering the results of that.

Carmen Rubio promised to be a supporter of identity politics and she has done so. And we are sort of suffering but she has basically just turned out to be worthless.

Portland area voters have generally elected ideologues and they have been ideologues once in office. If you want a change, vote differently.