I just have to share this photo that one of my Dutch friends sent me from the Netherland’s recent election. No, you don’t have to ride a bike to vote! 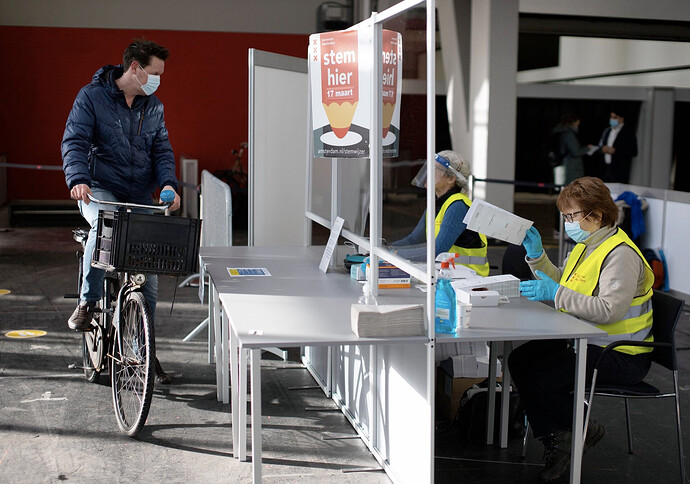 same goes for multnomah county right? Lots of folks bike up to the ballot boxes here.

Cool! I’m sure a bike rider could use a ballot dropbox in WA, too, but I don’t recall seeing anyone do it. I used the postage-paid envelope.

Yeah, I always try to vote by bike. One of the best things about Oregon voting. Our vote by mail system is amazing in general. It’s like living in the bizarro universe in comparison to some other states.

But I can’t help but think the reason we aren’t seeing as many attacks on our “enlightened” voting system is our shameful history of Black exclusion in Oregon.

Steve, are you referring to voter suppression efforts like in Georgia and other states? How does Oregon’s racist history play into not having that kind of attack on voting?

Not to put word’s in Steve’s mouth, but I wonder if he means that people of color have been so thoroughly marginalized by historical racist practices that the white supremacist elements of the power structure don’t even have to lift a finger to suppress the minority vote in Oregon anymore. But maybe I’m reading too much into his comment and I should let Steve speak for himself.

I’m just saying it’s not surprising that the state that is having more trouble with voter suppression, specifically attacks on early voting and automatic motor voter registration, is the state where 30% of the population is Black vs the state with 2-3% Black residents.

And that low percentage can be directly linked to the racist founding of the state, where Black people were explicitly excluded. I’m not saying it’s the only factor, but it’s something to consider.

Thanks, that’s an interesting idea, I will think about it. My initial reaction is, if that’s true, it speaks very poorly about Whites (some, as a generality) feeling threatened by Black success and participation in the community.

I view Georgia’s new law through a lens of liberal vs. conservative politics, and Oregon’s strong liberal tradition is how I see its voting process fit into its culture and history. But as noted in that OPB article I linked, even in 2002 when the last racist phrases were removed from Oregon’s constitution, 30% of the votes went against that measure. Even if as Mike Leighton (editor, Portland Observer) said at the time, “Maybe it’s the 30 percent of the people who will vote against anything,” well, it’s still too many.

The big surge of voter suppression bills by legislatures in 43 states - 253 bills so far! - is actually dwarfed by the 704 bills in a different set of 43 states with provisions to expand voting access. A report on those bills, with a link on to a page of actual bill numbers by state, is here: 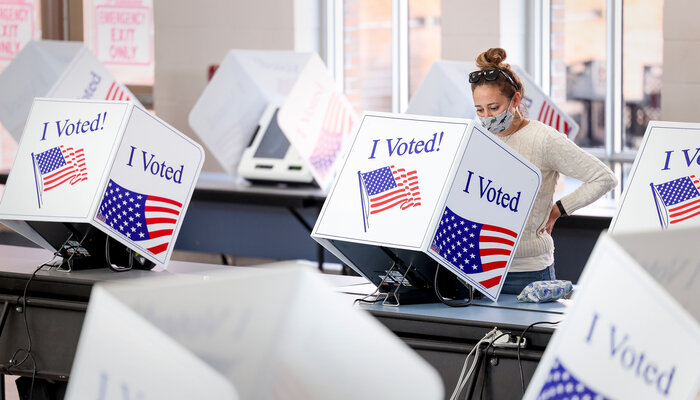 After historic turnout and increased mail voting in 2020, state lawmakers across the country are pulling in opposite directions by introducing restrictive and expansive voting legislation.

I think the reason that the voter suppression bills are getting so much press is that our system is so polarized and geographically sorted that there are only a handful of elected seats that are ever likely to shift between the parties under the current paradigm. And in those few places that are truly swing states, it doesn’t take much voter suppression or mobilization to push elections one way or the other.

I agree that polarization, extremism (inc racism) and sorting (inc gerrymandering) drive the politics of those bills. I see them getting so much press because they are so far outside the norms - “man bites dog” headlines - or at least what I used to think were norms.