Today on the Needle Trail

Some of the sights on the Springwater Trail today between Jenne and Foster.

This is just past Jenne. I saw that first RV before Walt and Jesse’s cook took a turn for the worse. 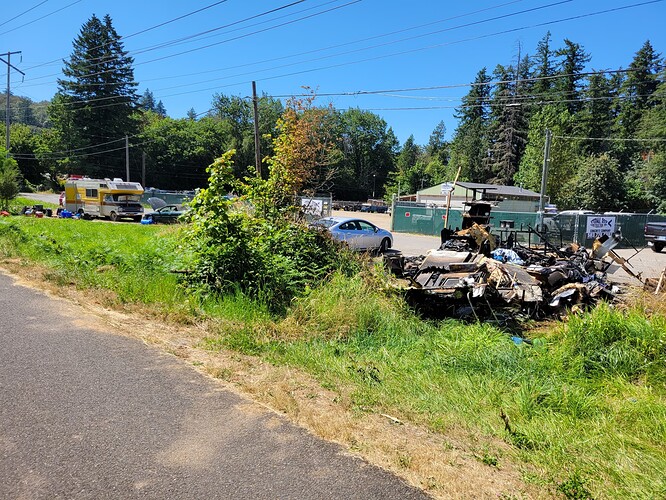 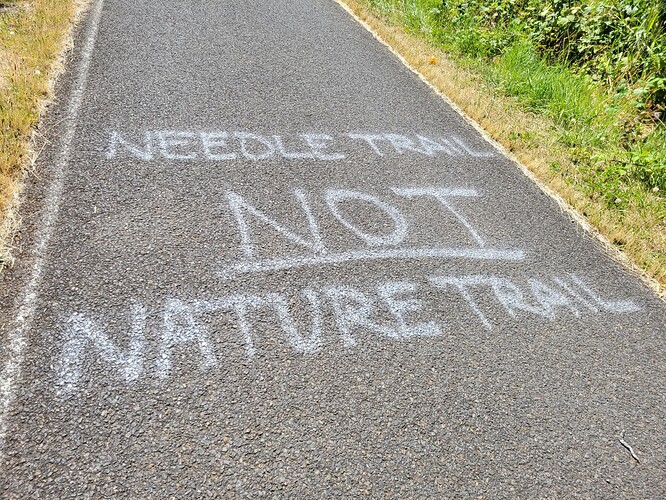 These are just a sampling of what’s between 122nd and Foster. 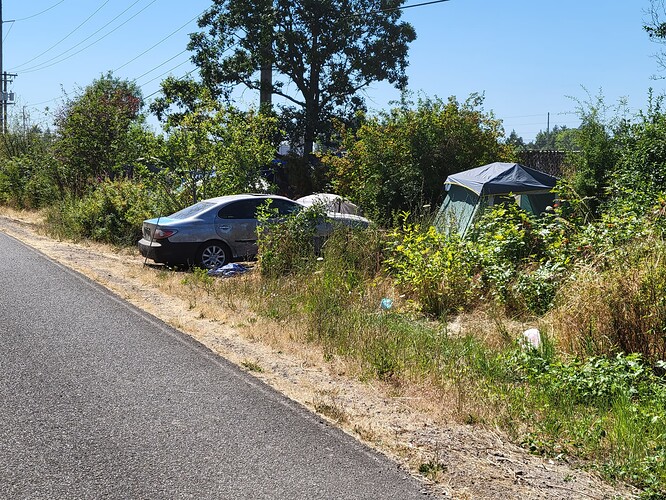 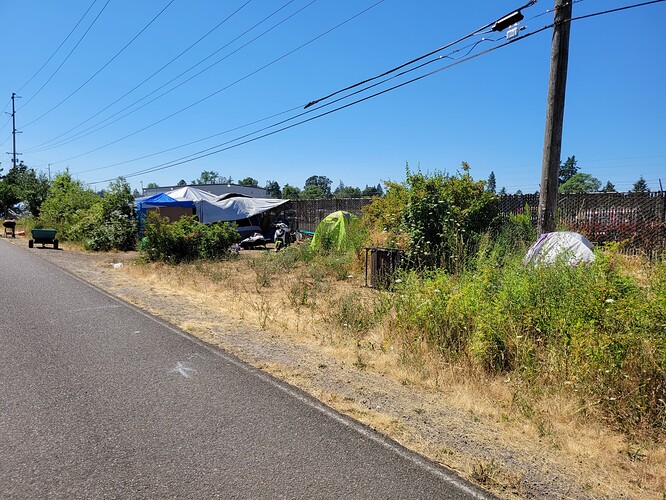 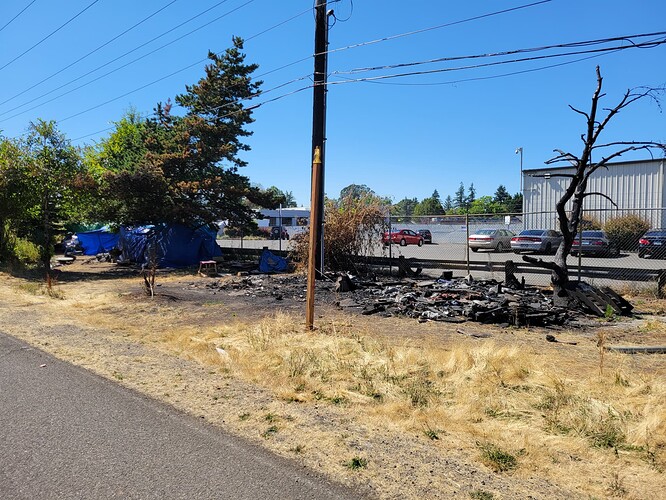 Some more sights between Foster and 101st.

This is facing west at 102nd. Note the SS Minnow seems to have run aground. 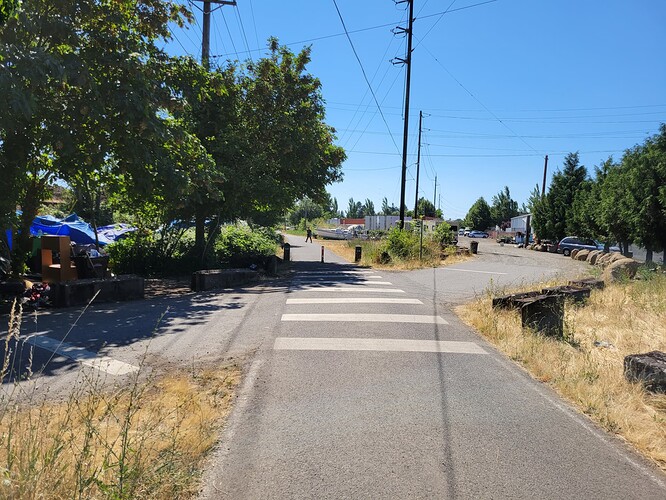 This is facing east between 101st and 102nd. At first, I liked this one because I thought the city was Portland. Upon reflection, I think it must refer to Methlandia between the two Needle Trail signs. 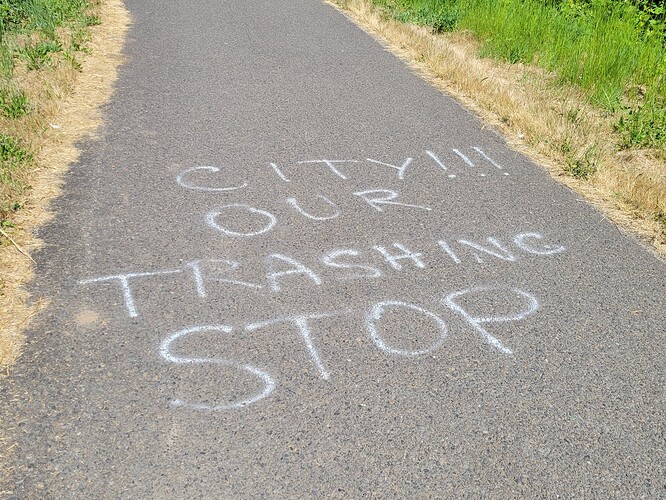 Again facing east between 101st and 102nd. The west boundary of the no trespassing zone? 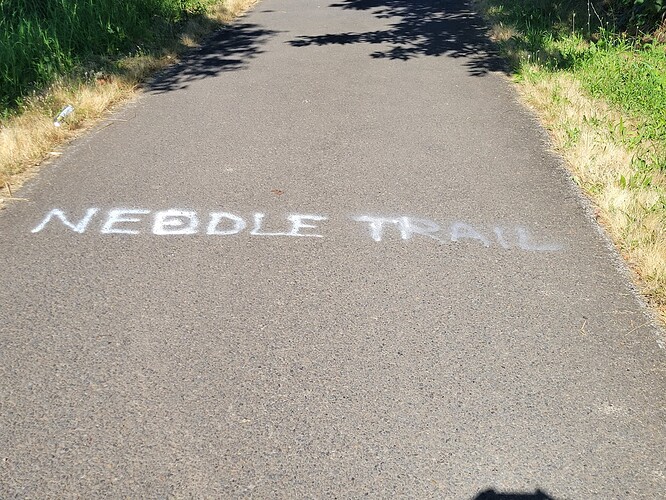 This is just a very small sampling of the sights to be seen on the Springwater Trail between Jenne and Johnson Creek Blvd. I would have taken more, but every time I stopped to take a photo, I felt like I was taking my life in my hands. As I’ve asked before, what’s the point of creating more bike infrastructure if we’re just going to let our existing bike infrastructure turn into this? The Springwater Trail is the crown jewel of the Portland area’s MUPs and, like so much of Portland’s public space, it’s become an unsafe no man’s land.

The city shows zero intent to do anything about it. All talk when it comes to bike infrastructure. And what we do have ends up like this. And this site seems to support it.

I don’t bike ride any more precisely because of this.

don’t venture through here much.
writing looks like it’s from a non-camper-tax-payer

I just thought, yeah that whole “housing first” mantra is really working out well for the City/County.
How about “shelter first”, “housing second (but built at same time)”?

The sections of the trail between 136th and Johnson Creek Blvd, particularly between 111th and 82nd, are the worst. They’re also the critical link in the MUP between Gresham and Portland. A lot of the features on this site seem to be focused on happy stories of cycling around inner Eastside Portland. That’s all fine and good, but I think if some of the writers would venture out to outer Eastside they could write some very different stories.

I get on/off @128th, that section up to 136th has never been an issue for me with all the camp fluctuations,
Mostly cleared out now…at least as of last Sunday…there is one camp that is close to 136th and almost hidden though.

I’ve had trouble with broken glass there and obstructions before it was mostly cleared.

We’ve largely stopped riding because of this BS, including the assault and hospitalisation of one of my riding buddies by a homeless man’s untrained and uncontrolled dogs. I recently found myself in Cincinnati for work and was amazed at the lack of a homeless presence and miles and miles of well-maintained MUPS. The joy of riding 7 miles unmolested by mentally ill tweakers and not having to avoid building debris and needles was a real treat. Took me back ten years and made me realize just how dysfunctional our region has become.

Not looking great. You’d hope that the city’s standards would be higher than this.

I checked on Zillow and housing is way cheaper in Cincinnati. I saw apartments for $700-$800 as well as higher. There was a study across the country that showed with equivalent poverty, drugs, and mental health issues, the one factor that made for more homeless people was lack of affordable housing.

Of course housing is cheaper there, but they still manage to have a homeless problem. The last report I read there were about 1,000 homeless individuals in the city. The big difference is that they don’t abandon public space and transportation facilities to camps, every car has a license plate, and they clearly abate things like graffiti which has gotten way out of hand in this city. Portland leadership is frozen, services lack focus and funding, Council’s feeble attempts to identify sanctioned camping areas were uncoordinated and lacked ambition, antisocial and violent behavior is written off as the new normal, and the police are effectively on strike. I only mention Cincinnati as it was the most recent place I visited. It’s not some imaginary utopia but they certainly know how to produce a healthy and functioning city.