The Street Trust is anti-disability

The Street Trust (formerly BTA) used to champion bike access and walkability. Now its message is no different from any other homeless advocacy group: 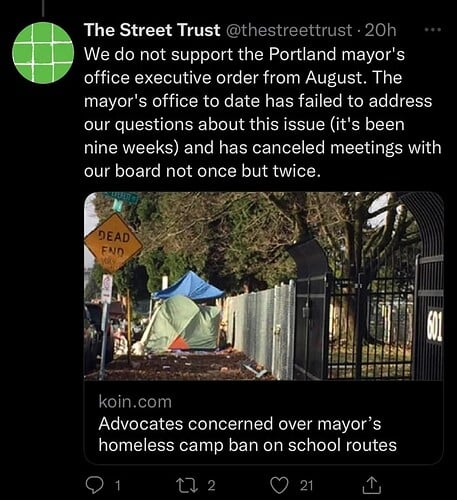 Listen to a visually impaired (VI) man describe his experience trying to navigate our streets: 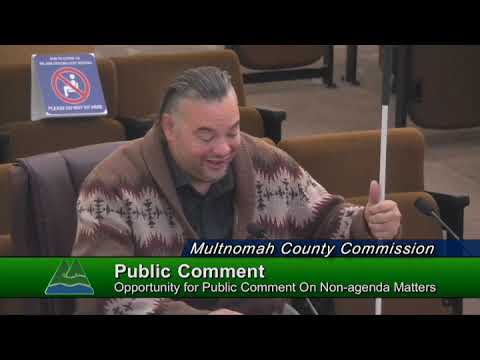 How is this even remotely acceptable? Shame on the Street Trust for defending the people who abuse our public amenities with trash and violence.

You would think BikePortland would be more vocal in support of clear sidewalks and paths. But loyalties here seem to be with perpetrators of destructive vagrancy.

Well what would you expect from a divisive near communist Executive Director by the name of Sarah Inarone?

Glad to see the mayor’s office is not meeting with extremists like Sarah Inarone. That’s good to see.

Someone as dysfunctional as Sarah might actually be a good fit for Portland? This city does seem to have a fetish for communist idealism. She should run for mayor again. LOL.

Oh if the charter reform passes she will be back! Only need 25% of votes to win a spot. Hold on to your horses. Even worse dysfunction will be coming to Portland if 26-228 wins the day.

Sorry to burst your bubble but the way I handle this issue on BikePortland has nothing to do with “loyalties.” It’s a very difficult situation and I’m afraid there are losers on all sides and there is not an easy answer. Obviously I want sidewalks to be safe and clear, but I also don’t trust gov’t to address the camps in a way that is fair and humane… So I’m forced to choose between safe sidewalks, and making some vulnerable peoples’ lives even worse. I hate that decision.

My hope is that the lawsuit from those disabled folks adds to the urgency at City Hall to do more to humanely address campers that block the right-of-way. I don’t think the city has done enough on that front, but I also understand how complex of an issue this is.

No, it’s not a “complex” issue. If you are blocking public right of way for people, especially those with disabilities you should be moved. Pretty black and white. Forcing sidewalk and path users into dangerous situations is unacceptable.

I disagree that this isn’t complex.

In an ideal world, sure, it’s simple. Just tell folks “sorry, you can’t sleep here.” But we have to deal with reality.

So. How would you move these folks? And where to?

I’d start by putting them in your neighborhood. You could be put in charge of one of these great little homeless villages popping up around town. Or do you live in one of the more affluent neighborhoods in Portland that somehow have found a way to keep the homeless out?

Wrong assumption about me. I live right off I-5 in north Portland and my two teenage daughters are afraid to walk in the neighborhood because of the people who roam the streets and the large homeless encampments that used to be near our house.

So yeah, I definitely interact with the issue on the daily. I just see it differently than you do.

To shelter. If they refuse they can move on. It’s NOT that complicated.

This is classic Jonathan. Puts extremist ideology above the lived experience of even his own children. Remember when you dismissed their safety concerns about using public transit in Portland? “”They’re just kids” you said. This is a good way to raise far right Trumper fanatics. It’s called rebellion from extremism. Hopefully they’ll just end up more in the middle. We need more centrists in the world.

What “extremist ideology” are you talking about?

You seem to know a lot about me, yet I don’t think we’ve ever met.