Teen Girl Charged With Killing A Jogger During A Joyride, Laughed About It

Fifteen year old sociopath named Kasama Z. Smith steals godmother’s car, goes joyriding with her friends, hits jogger at 50 mph for fun, laughs about it afterwards, and spends weeks afterwards worried her friends would snitch on her. When she found out her godmother had turned the car over to the police, she freaked out and went on a rampage breaking things before running off. The victim is dead and she won’t be tried as an adult. Basically, she gets away with murder. Happened in Maple Valley, Washington. Not surprising based on the way I’ve seen some local drivers behave. 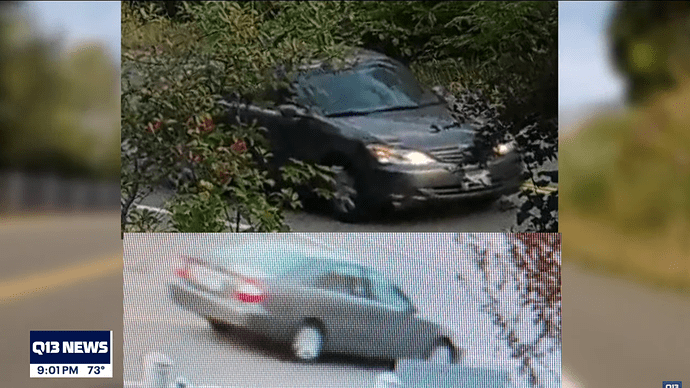 Teen Charged With Killing A Jogger During A Joyride, Reportedly Laughed About It

The teenager isn't expected to be tried as an adult. 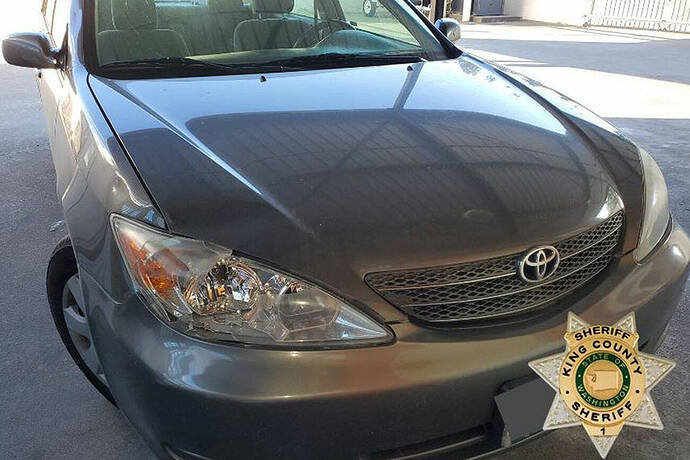 Wow, just insane. I followed quite a few of the branching links off of those articles. Stepping back from the particulars of this case and how it relates to the perpetrator of the crime, it just goes to show how cavalier we are as a society about the killing machines people drive around.

Not only did the teen not understand that you cannot “bump” someone to scare them at 50 MPH without likely killing them (which she did in an instant), but the car sustained so little damage (just enough for forensics) that they didn’t even realize the severity of the impact from inside the car.

We’ve literally made cars too safe, relaxed, and comfortable for the interior occupants while making them ever more dangerous for the people and property outside the machine (in industrial design, traffic design, environmental impact, and with collective social practice). We have a completely sociopathic, nay, psychopathic relationship with the automobile in this country.

We’ve literally made cars too safe, relaxed, and comfortable for the interior occupants while making them ever more dangerous for the people and property outside the machine (in industrial design, traffic design, environmental impact, and with collective social practice)

I have brought this up previously on other bike forums and in an old cycling-focused newspaper column that I used to write. I always want to know what research car manufacturers are doing to make cars safer for the people outside the cars. And, I’d also like to know how to put effective pressure on car manufacturers to do more.

I am aware of BMW and Mercedes and Toyota’s research into radar-input navigation systems that are designed to avoid crashes. And while these are very real technologies (a friend avoided hitting a deer on the interstate because his Lexus “reacted” to the deer before he was even aware of it), a certain number of crashes will still happen. Especially in tight, urban areas, where the effectiveness of radar/computer-reacting systems is diminished.

There will always be inattentive drivers. There will always be drunk drivers. Looks like we’re in for a long battle against more “infotainment” on the dashboard. Kids will always dart out in front of cars, and so will cyclists. And it won’t always be the cyclists’ fault. And even when it is, death need not be the penalty for miscalculating the time it takes to cross an intersection.

And if there were more safegaurds for people outside the car, it might be harder for teenagers—whose brains have not yet finished forming their frontal lobes—to deliberately kill people with a car.

So, I’m wondering, what are car manufacturers doing to make cars safer for bicyclists, joggers, pedestrians? Air bags on the outside? Bumpers made of jell-o? Seriously, I’d love to read or hear about some off-the-wall ideas. Even better, do y’all know of any actual work on this?

I know that for cars (i.e., actual cars, not SUVs, trucks, or crossovers) there used to be some pretty clear standards that were for the benefit of people around the car. I don’t know how stringent they still are, but they’ve unfortunately never applied to SUVs and trucks. To the best of my recollection, this is what I remember used to be standard, and I recall kids from my suburban hell town getting issued fix-it tickets for lowering or raising their vehicles:

Of course cars also (but with exceptions) tend to have better cockpit visibility out of the vehicle than their larger counterparts. The SUV/Truck class of vehicle also has lower standards for rollover and crumple zones, and they definitely have lower standards for emissions (which is why car makers love pushing them!), so that affects everyone outside the vehicle too.