Something new to be wary of on the Springwater Trail

I’m a former bike racer from back in the days of wool cycling shorts. I ride these days for fitness and love of cycling. Living near downtown Gresham, I make use of the Springwater Trail as my daily training route. There’s no hills to speak of, but at least I don’t have to worry about being run over by a coal rolling magabilly in his giant pickup who thinks traffic laws don’t apply to him and my presence on the road is an affront to his free-dumb.

I used to ride the entire trail from my house to Boring and then down to where it ends in Portland and back. Last year I got sent to the hospital with a concussion by a homeless, naked drug addict who blindly staggered out of her trash filled campsite near 92nd into my path. I was going about 24 mph and was unable to come to a complete stop before hitting her. The proliferation of broken glass around the drug camps between about Foster Road and Johnson Creek Boulevard and the potential for accidents and crime in those sections has lately made me tend to go no further west than Foster.

About three weeks ago, I was riding back towards Gresham from Boring. That section of the Trail has seemed pretty much free from the problems that plague other areas. As I was riding between SE Palmblad and SE Hogan, I saw a folded hundred dollar bill lying in the middle of the trail. I did what anyone would probably do and stopped, turned around, picked it up, put in my jersey pocket, and resumed my ride. That’s a quiet section, heavily wooded on both sides, and no one else was around. Later when I got home, I examined the bill and found that it was prop “movie money” although it looked real from a even a short distance. Didn’t even know such a thing existed, apparently you can buy a stack of the stuff from Amazon for about $8. What the heck, I thought.

Then it dawned on me. This was most likely “bait” to get a cyclist to stop so that they could be mugged and have their bike stolen. I also remembered that there was an isolated drug related murder in this same section a few months ago. I now consider myself very, very lucky to have not been a crime victim that day. Please, please, be careful about falling for something like this! I personally won’t be stopping to pick up any more folding money I see on the trail. I’m also going to report it to the Gresham PD.

Whoa, that’s super scary. You must have looked like a “hard target” or else they were off shooting up. I’m done accepting the danger and squalor of our local bike trails because it is “compassionate”. It’s not. Letting people live like this is inhumane. It’s also not compassionate to the rest of us who want to use the trails but can’t due to safety concerns. It’s long past time to have enough safe clean low cost basic temporary shelter beds available so we can ban unsanctioned urban camping. The progressive city of Austin has done it, we should too (with appropriate safeguards). If unhoused folks can’t pay fines they are given community service work.
Thanks for the post and I’m glad you are safe. Ride on…… 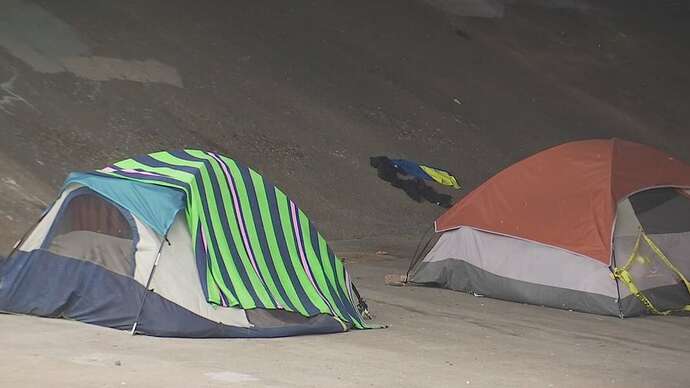 With less than a week before the city enters Phase 4, the Public Safety Commission sent a letter to city council recommending some changes to the plan.

Thanks for the tip.

I ride the same sections of the Springwater you described. It’s an ever changing landscape of camps. If you keep going west past Foster now, you’ll notice that the camps near I-205 are gone. It’s not as clean as it used to be but it’s no longer inhabited. Also, the recent PGE work behind Powell Butte resulted in that area being uninhabited as well. There are still pockets of camps around the Foster crossing however.

The last few times I was by there, there was an ever growing drug camp along the trail on the west side of Foster.