Some springwater bridges in bad shape

beginning just east of Powell Butte to west of Boring on the Springwater trail, there are a lot of old wooden bridges in various sizes, built decades ago.
More than a few of these are in bad shape.

The bridge just east of Jenne has been marked off with some traffic cones for over a year. The open lane is pockmarked with splintering wood and gouges.
There are 2 small wood bridges about 2 miles before Boring that are so warped and bumpy now, they could both qualify for cattle guards.

To fix the Jenne bridge would require an extensive detour and closure.
I’m guessing the detour would be with busy car/truck choke filled commuter roads: Jenne nb to Powell eb to sb Pleasant View, and might be the lack of “urgency” in a repair?

The wooden bridge @ 45th and Johnson Creek were repaired with steel and concrete.
They replaced the Circle bridge just east of the Powell Butte entrance with an asphalt deck.
Both of those detours were not were not difficult, or dangerous.

But looking at the Projects page off the PP&R website, there are no bridge repair projects planned.

I agree that those bridges are in disrepair (I treat the one near Jenne as a section of pavé - drop down a cog, hands loosely on drops, speed up). But the two bridges before Boring are definitely not in Portland, probably not even in Gresham. I think the one to the east of Jenne is in Gresham. You can’t really blame PP&R for lack of maintenance on things that aren’t in Portland.

City or county?
yeah those small bridges would be Clackamas county projects and the Jenne bridge just inside the Gresham west border a Multnomah project if it is a county responsibility.
not really blaming PP&R. All these agencies know about these issues already, but nothing is being done. That Jenne bridge is getting close to dangerous.

The most dangerous thing on the Springwater Trail at the moment (other than drug camps) is all the weeds and grasses that block both cylists’ and car drivers’ visibility of each other at the places where the Trail crosses roads. It’s critically dangerous at 111th. It’s also bad at the driveways that cross the trail on the way to Boring. I almost got killed there a couple of weeks ago. Still, I guess it’s safer than riding on east county roads.

All our local governments (city of Portland & Multnomah county) seem to focus on nowadays is virtue signaling about racial & social justice and distribution of tax dollars to nonprofits that do the same. Pragmatic actions like fixing bridges or keeping bike paths safe is below them. 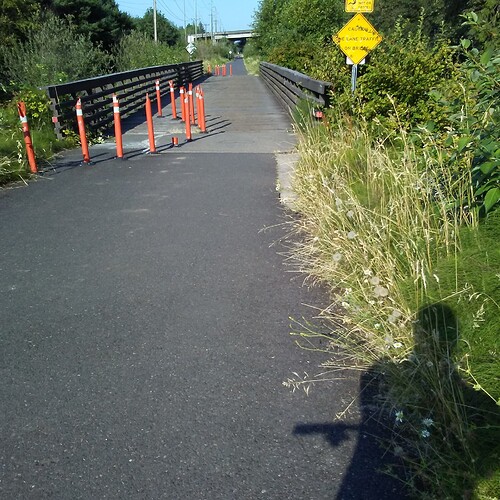 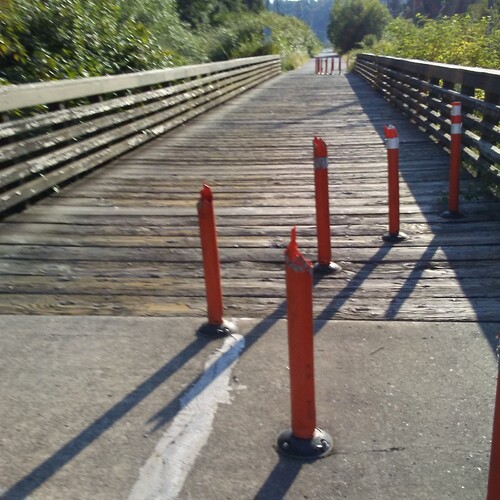 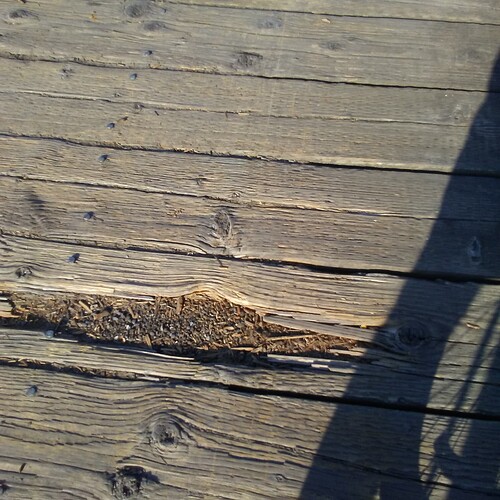 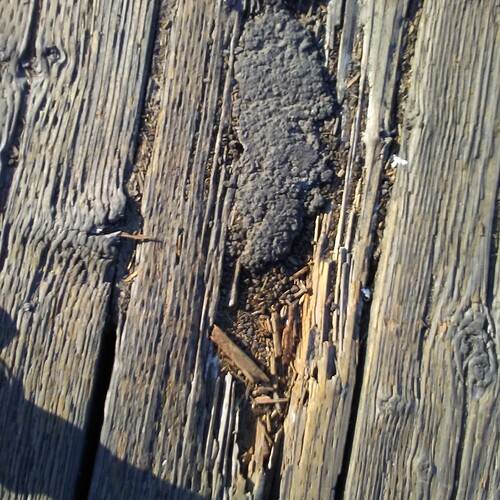 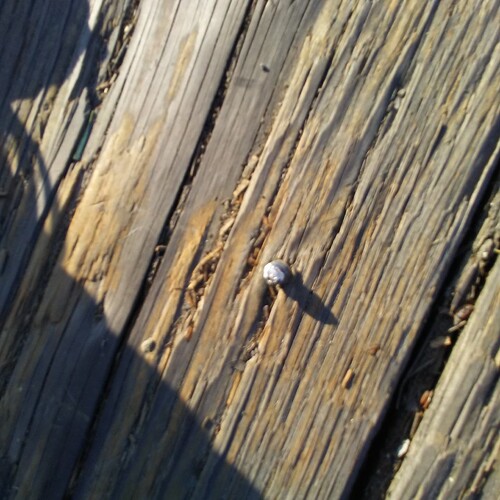 Exactly. They are all talk.

For the tourists: GRESHAM is a city east of Portland, much in the same way that Petticoat Junction is just down the tracks from Hooterville…

And according to an email from a city of Portland information employee, it looks like the city of Gresham is the responsible party. Either the Parks dept. or the Transportation dept.
Gresham has not responded yet.

is there a People For? Gresham?

gleaned a bit of info recently through emails:

According to Gresham parks:

Actually, the Spring Water Trail is a Portland Facility.

Gresham has an agreement with Portland to provide regular maintenance on the trail, but large projects like the Jenne Bridge repairs are Portland’s responsibility to manage. It’s the Gresham’s responsibility to pay for half of the costs. Portland has completed some design work for the project, but I’m not sure what the schedule is for repairs.

Portland is a failed city that only focuses on virtue signaling about social and racial justice. Providing essential services and improving infrastructure are an afterthought thanks to the ideologues we elected.

Whats your opinion on the bridge? Have you ridden over it?

I’ve stopped riding our MUP’s after a bad experience. Several friends have as well.

a few months ago some girlfriends and I were attempting to have a nice ride on the Springwater thinking we’d have safety and numbers and ended up getting chased by some “tweakers” on BMX bikes yelling at us about what they were going to do with our asses. We managed to make it to 122nd and they broke off but it was terrifying and we will never ride any of these paths again. Portland simply does not care.

Yeah, there is a lot of bad out there, but how would Betsy make it better?

Don’t worry about Betsy ruining your day. I’m sure Koteks has the election in the bag.

Inre: to the bridge, the PPB engineer in charge of the repair sent me some emails. ( Thanks! )

Unfortunately the decking will not be included in the first repair. The concentration will be fixing the west abutment of the bridge by the end of the year. No closures of the trail.

For the decrepit / burnt out decking, it is put on the future project list, due to lack of funding and maintenance backlog.