Well, it looks like we are off to another record breaking year for traffic deaths in Portland. Please email Joanne Hardesty (PBOT) and tell her that her bureau needs to do more to prevent pedestrian (and cyclist) injuries and deaths. Unfortunately the lack of traffic enforcement in Portland has led to many drivers thinking it is okay to not obey our traffic laws. 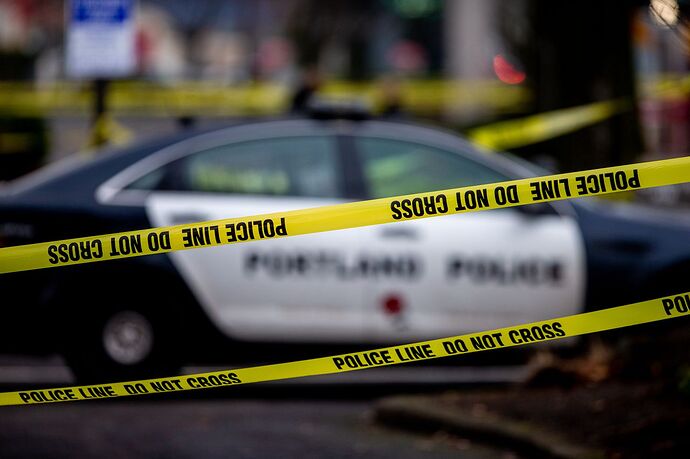 Don’t forget, not just drivers, but bike riders too. There are bicyclists (a few in these forums) who think they too are above traffic laws.

Yep, totally true. We all need to be part of the solution for improved traffic safety. Granted, pedestrians and cyclists are usually on the losing end when it comes to collisions with vehicles but we all have a role to play. Obnoxious cyclists don’t help as it often increases road rage and aggressive driving by motorists.

That’s very true, however the main focus should always be on the drivers of multi-ton vehicles that pose a extreme danger to everyone, compared to a bicycle which poses almost 0 danger to anyone but the cyclist.

Just because a cyclist may not kill someone doesn’t mean that can’t cause severe damage to a person. Broken bones on an elderly person who is slammed by a stop sign running cyclist is nothing to be so dismissive over.

A hundred people a day are killed by cars in the United States alone. While, on average a cyclist kills 1-2 people in the United States in a single year. I’m not trying to say it doesn’t happen, I’m just telling you its extremely extremely rare and that the focus should be on car drivers who man thousand-pound killing machines, compared to a lightweight 20mph bicycle that statistically kills almost no-one. Don’t be silly and lets focus on the 99.9999% of the problem, rather than shifting focus and including the 0.001%.

I also hope you are aware that cyclists can roll through stop signs in Oregon legally, you may have already known that but your last sentence makes it sound like you think all cyclists are illegally running stop signs.