The victim in this crash is identified as 26-year-old Ashlee Diane McGill. Her family has been notified of her death.

Based on evidence and witness statements, traffic investigators found that McGill was an innocent bystander walking in the area when she was struck by an out-of-control vehicle. The vehicle was one of two speed racers who lost control of their vehicles, resulting in the crash. This case is actively under investigation. No arrests have yet been made. 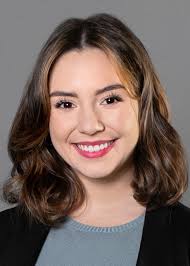 Here is a photo of Ashlee. Condolences to the family and her friends.‘It’s not fair’: Mom remembers daughter after she was hit, killed in SE Portland/