Portland continues to be extremely slow and uncoordinated in responding to overgrowth and downed trees/branches creating hazards in bicycle lanes. After the April storm, I filed weekly reports with photos documenting dangerous places where people had to move out into the road, including on blind curves, causing many dangerous close calls with drivers. It took SIX WEEKS to get the downed trees & branches cleared from SW Terwilliger.
As spring arrived, the annual blackberry vine explosion began to overgrow the lane in the usual places on Terwilliger (such as near Campus Dr.). I started filing pdxreports.org reports in mid-June. Trimmers went through in early July… BUT they didn’t clear the vines down at the road level, so there is still almost no rideable space in places. Again, the worst is the blind curve as you approach Campus Dr. riding southbound.
I have received some personal email responses from Urban Forestry, which make it clear that part of the problem is a lack of coordination between Forestry and PBOT street cleaning.
The lack of urgency responding to these annual, predictable safety hazards is disheartening.
Note: These photos were submitted to pdxreporter.org. Newest photo at the top. Dates = 7/18/22, 7/6/22, 6/27/22, 6/13/22 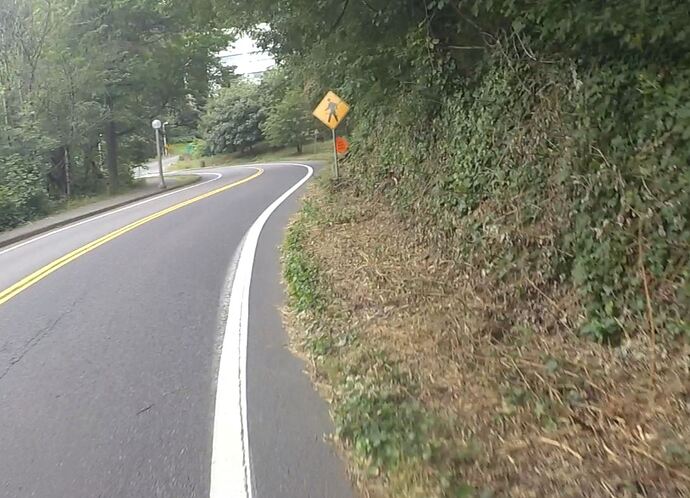 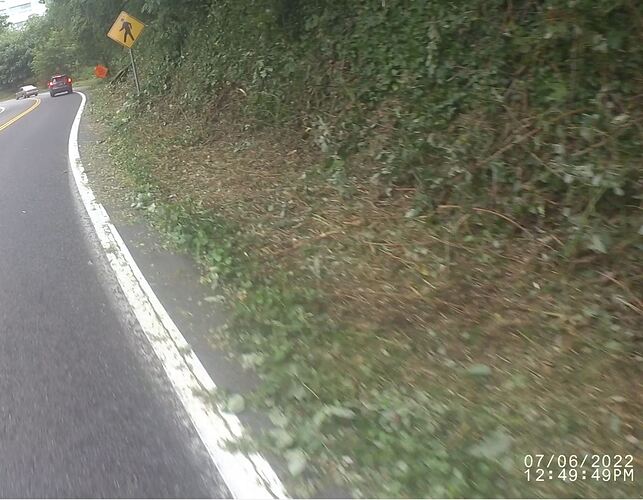 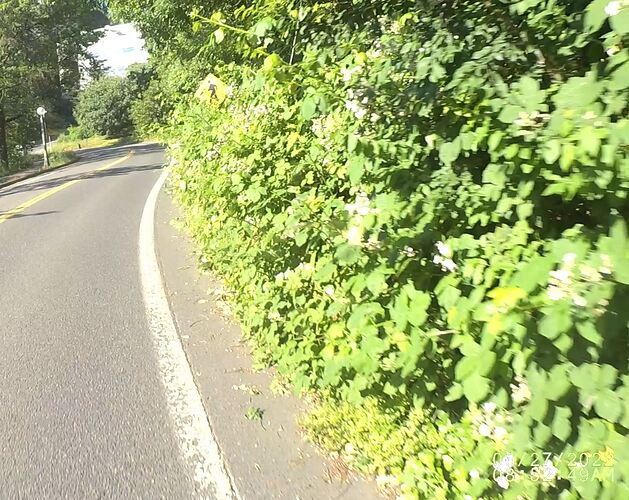 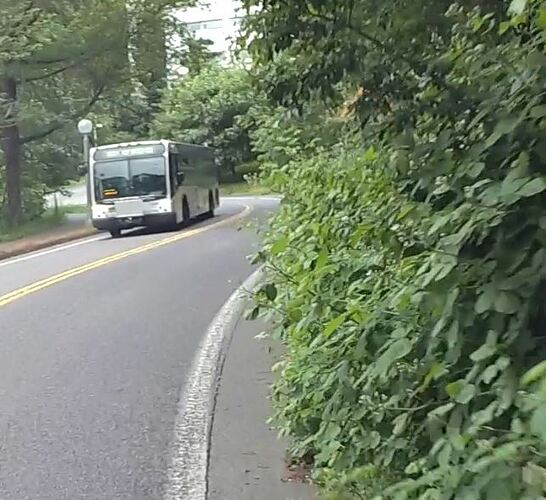 And I’m sure that in its application to League of American Bicyclists, City of Portland counts those miles of blocked bike lanes and MUPs in its totals when it argues for Platinum LAB Bicycle Friendly Community status.

If you are a League of American BIcyclists member, and even if you aren’t, please consider emailing the LAB’s Bicycle Friendly America program at bfa@bikeleague.org . Let them know of your dissatisfaction with the League’s Platinum rating for the City of Portland. I think that if LAB gave COP a downgrade from Platinum, that might be the kick in the pants that the COP needs to get its act together. And if not, at least the COP would no longer be able to falsely boast of its Platinum status.

The lane was finally cleared. Yay! But six weeks or so between my first pdxreporter.org report and effective clearing is waaaay too long. I was really worried about being clipped from behind by a driver who wasn’t expecting me to be in the motor lane on one of the overgrown blind curves.
PS… They just put a stop sign on Terwilliger here at the intersection with Campus Dr. 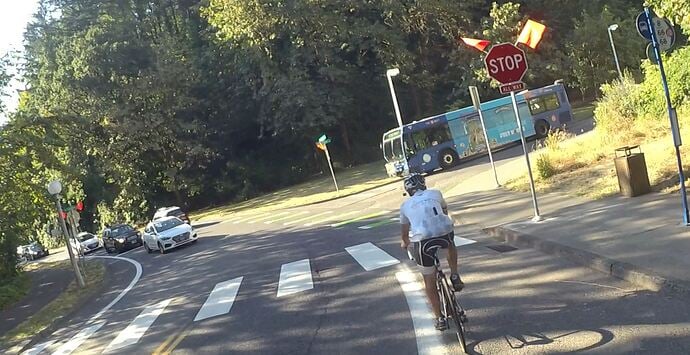 I take those as no trespassing signs.

Bryan, please take a look at these article: How a Utah assault case upended the website that caught the Golden State Killer | CNN

One of the steps there involved uploading DNA to GEDMatch. Once uploaded, it is akin to processing dumped and extracted firmware. You can extract firmware from anything from a watch, appliance keypad, thermostat or anything but the first and major significant obstacle is getting the data from hardware economically.

A cost effective commercial laboratory service that provides extracting DNA from blood would provide useful information. Since diabetics don’t draw blood into an insulin syringe, only extracting from insulin syringes containing visible blood would provide reasonable privacy to diabetics’ syringes that inadvertently ended up in public places. If it can be even further narrowed down to detectable presence of illegal drugs before proceeding with DNA data dump, it would further limit it to illegal drug users’ syringes.

I’d say doing a DNA dump from illegally discarded syringes is perfectly ok and there’s legitimate investigative reason for it after all, which is the illegal dumping. Once uploaded to GEDMatch though, it could help link them back to other crimes too. Thoughts??

The real hurdle is cost effective and safe way to do the extraction.

I heard back from LAB:

Thanks for letting us know! I passed your comments on to our BFA team, and they’ll make a note in Portland’s BFC file for judges to consider for their next application round.