Oh, hell no. Thieves these days carry a battery powered angle grinder which has unfortunately become a disruptive technology in the catalytic converter and bicycle thieving industry.

Since the DA rarely prosecutes criminals, they know they are free to get away with it as the likelihood they’ll ever be caught is very slim.

Personally I’d put it off. Police budget cut. Bike Theft Task Force gone. Brazen criminality throughout the city. If you have a cheaper bike…it’s probably worth the risk especially since you have good locks.

Doesn’t help to have the Mayor in the early days of COVID declare to the city that if your life isn’t in danger you might as well not bother calling the police and that they weren’t going to pull over law breakers in autos either. At the time they were, rightfully so, concerned about COVID spread. However, that’s not so prevalent anymore and I’ve yet to hear him rescind that declaration.
Then the social just warrior DA pretty much declaring if you don’t have an address feel free to rob people, create health and safety hazards as he wasn’t going to do anything in the name of social justice. Yeah, a DA that decides on his own what laws to enforce.
I could go on and on, but I got a fire going in the fireplace, a drink by my side, and I’m going to watch the sunrise (through the clouds).

Try contacting the city about their Smart Park garages. They might have secure bike parking, but I’m really not certain. 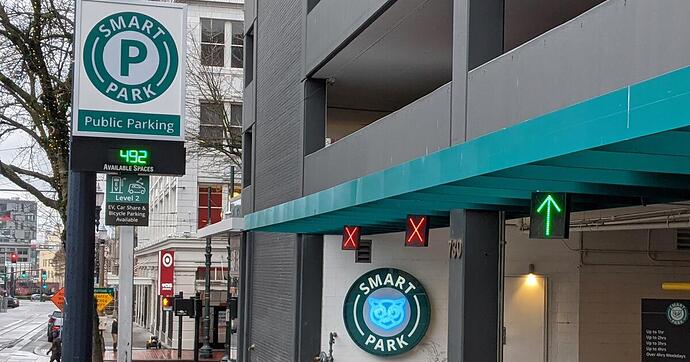 SmartPark is Portland's public parking garage system, with 5 garages in the downtown area.

Jonathan here on the Bike Portland website has done some features on bike parking facilities around town. A good future article could be one about secure downtown parking.

I like to park at the bike racks in SmartPark garages. They won’t guarantee anything, but they are staffed and the racks are right by the office and ticket machines. I think anyone trying to use a power saw would attract attention.

hello! a good option might be to park your bike at go by bike, the bike valet service at the base of the tram. they are open 6am to 7:30pm and there is no cost to park your bike. from there you can catch the streetcar which will take you right by the portland art museum and powells. you can also rent a biketown bike at one of the stations near go by bike and use that to get around downtown. the biketown bikes are ebikes and there are numerous stations throughout downtown.

Good idea. Amazing what you have to do in Portland now to keep from being a crime victim.

Dang people on here love making things out to be worse than they are. In my opinion, if you use a heavy duty lock and don’t have any accessories that can be taken off, bikes are fine downtown. Of course there are things to keep in mind. Location is everything. Find a hi-visibility spot! Also, don’t leave it overnight (obviously). If you keep those things in mind, you’ll most likely be fine. I’ve ridden and parked downtown lots of times with no problems at all. The only time I had a bike stolen was when I left it unlocked! (on accident).

Yeah, but do you ride an expensive e-bike? Bigger potential loss ($) behooves one to be more careful. With the breakdown In Portland law enforcement/public safety I don’t think a high visibility spot buys you that much safety anymore. Maybe in days past. Thieves are becoming much more brazen in the last few years.

I don’t know how to objectively quantify how bad it is, but theft of bicycles from secured bike room within secured buildings isn’t all that unusual.

This was a few days ago 2 1/2 blocks from the Portland Art Museum: 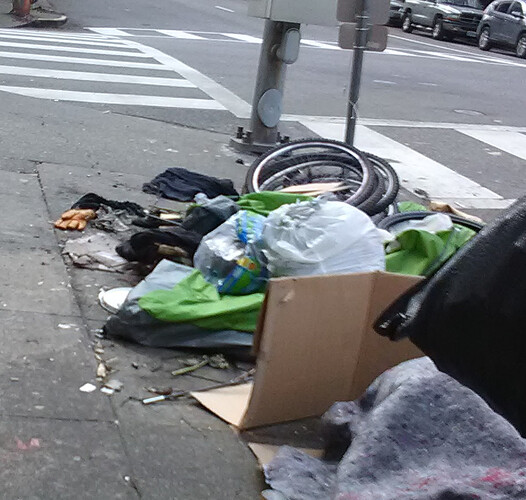 This is 3 blocks from the Chinese Garden: 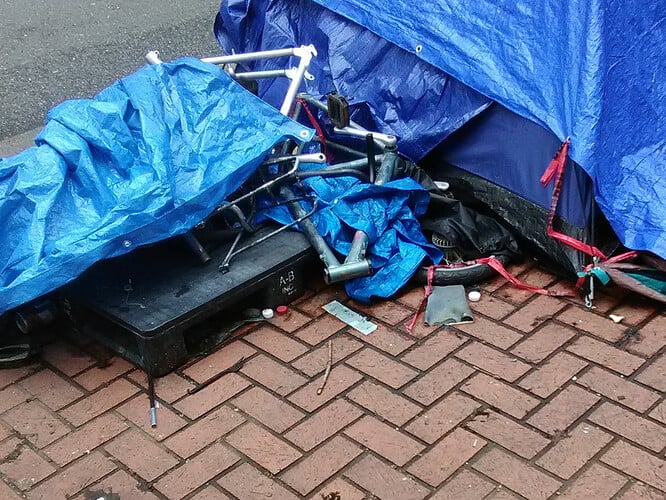