Hey, I’m hoping you all can take a few minutes to take this survey on some “improvements” hopefully coming to NE Portland. One is the 70s Neighborhood Greenway and the other is the NE Halsey Street Safety and Access to Transit Project. You can click through the survey without answering to see all the info. I live near 80th & Halsey, so I’m interested in the intersection of these two projects.

Some interesting parts of this are:
-making 72nd one way through Rose City Park by repurposing northbound lane for a car-free path.
-adding bike lanes along Halsey from 70th to 80th (road diet).
-mini-roundabout on Halsey at 80th, and a path to 82nd bus/max through the ODOT boulders along 81st/I-84
-two way bike path on the south side of the Halsey overpass from 80th-84th.
-widened sidewalk “multi-use path” from the 82nd max platform along Jonesmore to 85th & Halsey.
-a buffered two way bike lane on Halsey from 85th to 92nd.(road diet & one less lane and then).
-Eventually this will connect with a path that will go under 205 and up to Gateway Green/205 MUP.
-The 70s greenway gets twisty north of Glisan and veers off of 80th and zig zags to a crossing of Halsey at 74th.
-A major crossing improvement at SE 78th Avenue & SE Foster Boulevard, with two-way cycle track connection, curb extensions, new median islands, and high-visibility crosswalk markings.

There’s a lot of opportunities for change in these projects. The golf course idea is great, and that can of worms no doubt already has nextdoor abuzz… Maybe someday part (or all) of Rose City golf course will be a park, not just the small western portion. I’m not a fan of the greenway jogs on 80th north of Glisan. They send the greenway down a narrow, dark alley-like street on Pacific between 76th & 77th. It would be great if this greenway stayed closer to businesses on 82nd & connected more directly to the 82nd transit/max hub. Stay on 80th up to Multnomah, at least. They’re planning a bike path from 80th & Halsey to the 82nd transit station. Why can’t the greenway intersect there, too? Ah, car priorities. The bike lane on the Halsey bridge might be nicer if it had some physical protection from people speeding up & over the bridge. The bike path from 82nd east is exciting, and it would be great to see it more buffered from 85th onward. The roundabout is another big item, I’m not sure how well it will work, and I worry people might just avoid it by turning right on 80th and cutting through the neighborhood to get to 82nd, as lots already do.

Anyways, just wanted to give some visibility to this project in the hopes some pro-bike voices can add positive suggestions to the survey/virtual open house.

The Portland Bureau of Transportation (PBOT) is constructing a new neighborhood greenway route between NE Sacramento and SE Flavel around the 70s avenues.

PBOT is working on two safety and mobility projects with several planned improvements in the North Tabor and Madison South Neighborhoods. The goal of this survey is to outline the planned changes and ask a few questions so that we can incorporate... 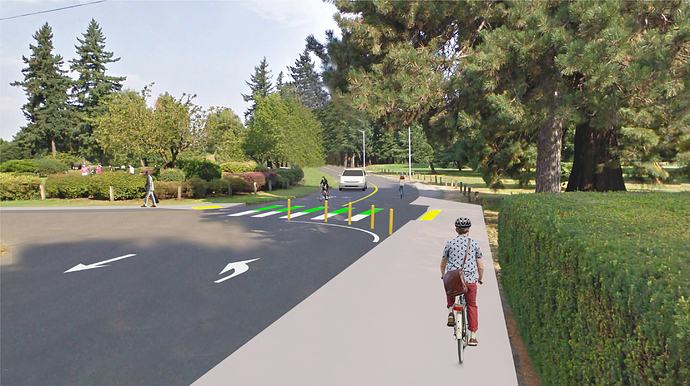 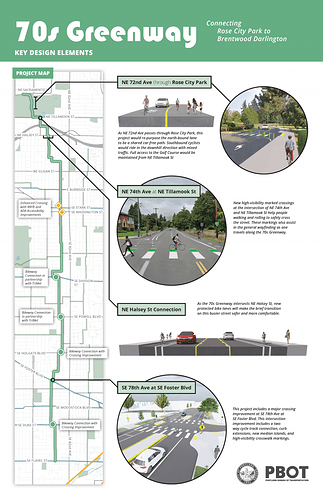 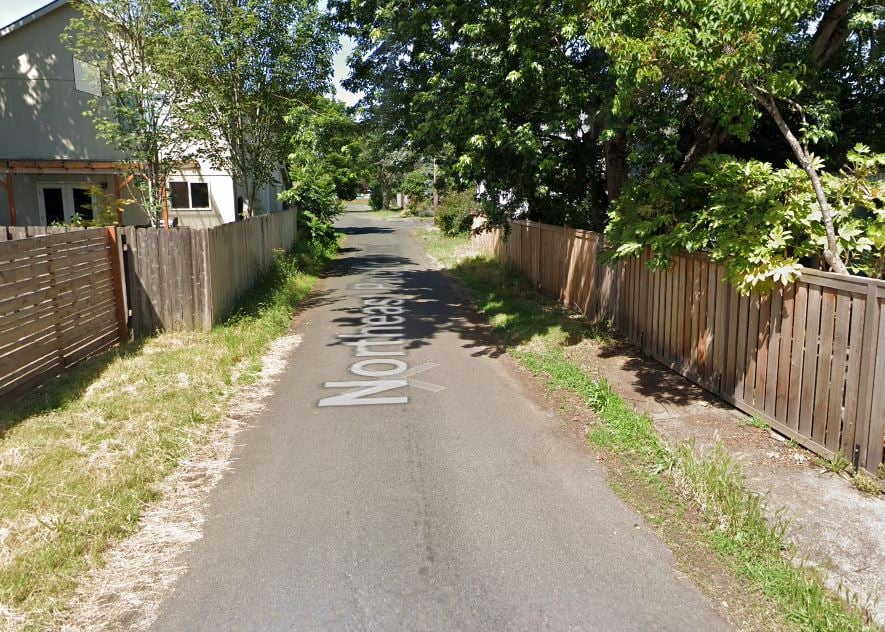 So good to see these designs. Thanks for sharing Eric. I’ll put something on the front page to boost this signal as well.

Any NE Portland folks on here want to share some feedback on how these designs look?