In the past few days I came across evidence of 2 pedestrian crossing island accidents. I really hope that nobody was hurt. I haven’t seen anything in the news about this.

First, it was the crossing island on Powell Ave just east of Liberty Ave across from the Bottle Drop Center. Someone ran over the white sign indicating the island and the pedestrian crossing sign. The pedestrian crossing sign on the south side of Powell was also struck. All signs were replaced today so in my included images, these sign appear good as new because they are. They were just installed today.

Then today, I came across evidence of someone plowing across the crossing island for the Gresham-Fairview Trail which crosses Glisan St. EVERYTHING on the island was wiped out and parts of the vehicle were still strewn across the center turn lane with fluids still shoving signs of being spilled all over the roadway. This must have happened last night or possibly the night before as I last rode this on Tuesday and everything looked fine then. Incidentally, this crossing has a ghost bike as there was a fatality here some years ago.

See my images of both crossings below. Anyone have any information on these accidents? 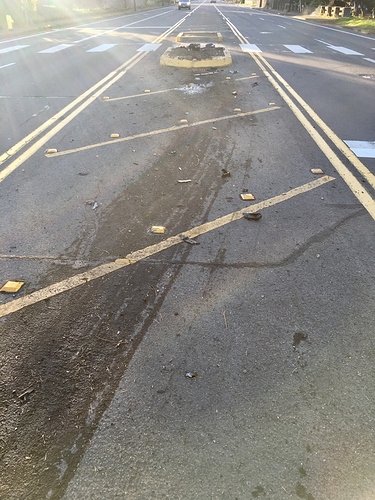 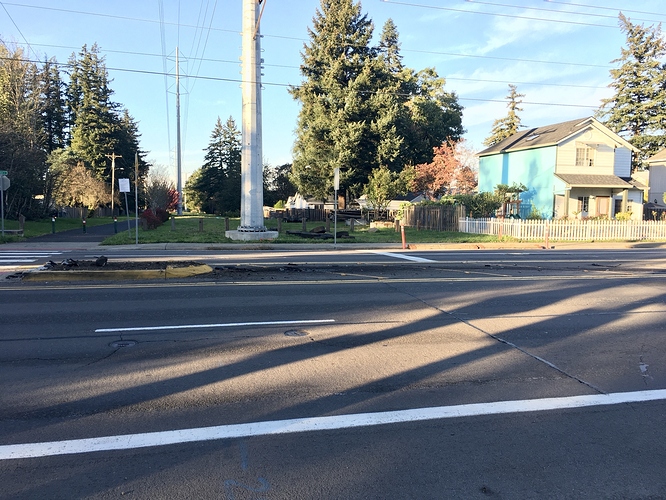 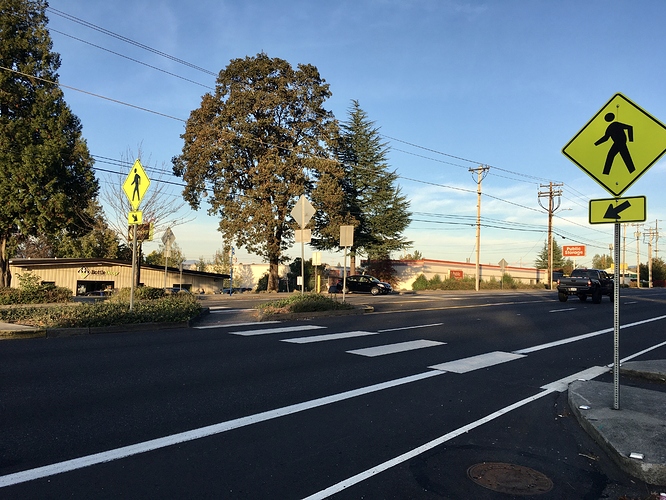 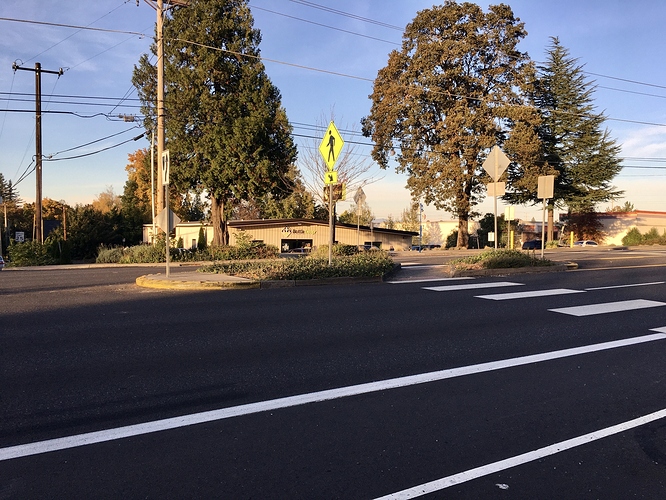 I don’t have any info, but I do have a request: “crash”, not “accident”, please.

Awful. This is a really dicey spot with people regularly speeding on Glisan.

If you have time, it would be helpful to report this to the Gresham Transportation division: Chris.Strong@GreshamOregon.gov / (503)-618-2525

We should really be pushing to reduce the number of lanes here from 4 to 2: Google Maps

I think the new pattern on Glisan has been a huge benefit. I’ve ridden it multiple times. The only thing that’s disappointing is that it ends at the 130’s bikeway (rather than continuing all the way through to Gateway), and the mixing zones at 148th and 162nd are really dicey.

A major complaint I’ve heard is that people use the center turn lane as a passing lane (which is super illegal). PBOT could remedy this by putting in refuge islands every 1/4 mile, both to prevent people from speeding down the center lane and to create more crossing opportunities.

I personally don’t ride that section of Glisan. I rode it to see the new traffic pattern several times. When I’m going east-west in that area, Burnside is my favorite option from I-205 path to 181st. It’s a short jog from Glisan, has less traffic and the traffic is slower and not as complex. Also, MAX crossings tend to favor east-west travel as this forces lights to stay green when the train arrives.

A major complaint I’ve heard is that people use the center turn lane as a passing lane (which is super illegal). PBOT could remedy this by putting in refuge islands every 1/4 mile, both to prevent people from speeding down the center lane and to create more crossing opportunities.

It wouldn’t surprise me to learn that these crashes were the result of center lane passing.

I’m so glad you shared these. Beyond the dangers these terrible drivers cause to other road users… I’ve always been interested in how much money they cost taxpayers in terms of damage to poles, signs, and other city-owned things. I would love to be able to report this out. I did some digging a few years ago and found that the City of Portland doesn’t even keep a tally of this stuff and that it’d be very difficult to quantify. I think it would make a great argument for safer streets to be able to tell people that $XYZ millions are wasted by taxpayers every year when bad drivers run into things.

Just went by where the ghost bike was at the Glisan crossing and some low life STOLE IT today! It was there this morning.

I get home and hear my wife reacting to her friend’s text that a family members ghost bike was stolen. Apparently, this is the second time that this bike was stolen on the victims BIRTHDAY!

They don’t always get caught, but the gov isn’t shy when it comes to milking motorists when public property is damaged in car incidents if they know who to bill.

The amount of money the city and ODOT have to expend due to illegal transient activity is something of several magnitudes greater.

At Gresham Fairview Trail crossing Burnside and 122nd and Stephens. 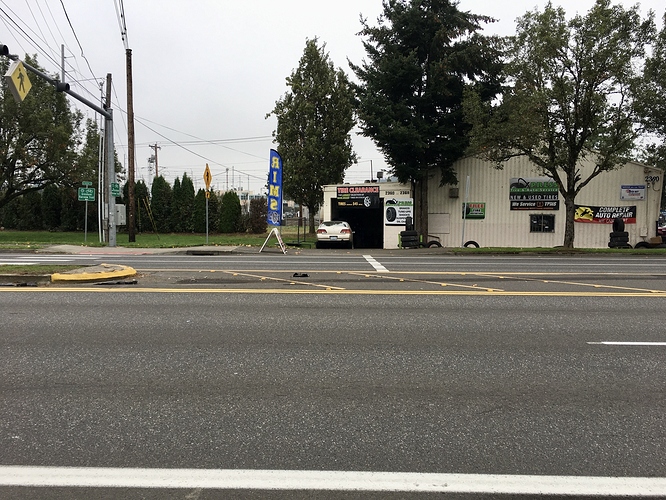 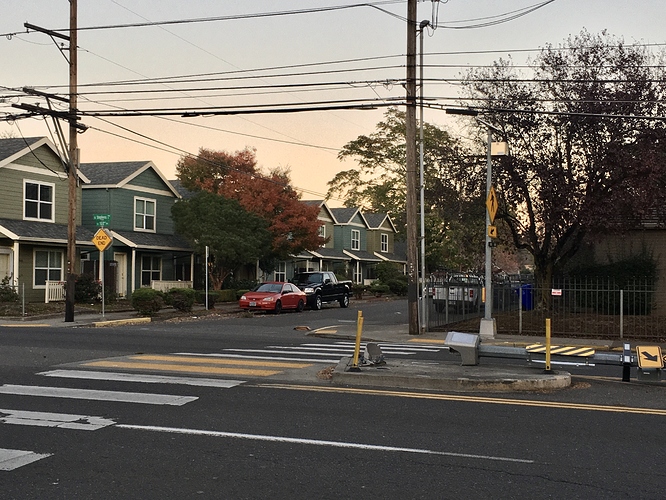 I don’t think I’ve ever come across something like this before. That’s 4 incidents like this in a week!