Is this helpful? PORTLAND climate vandalism 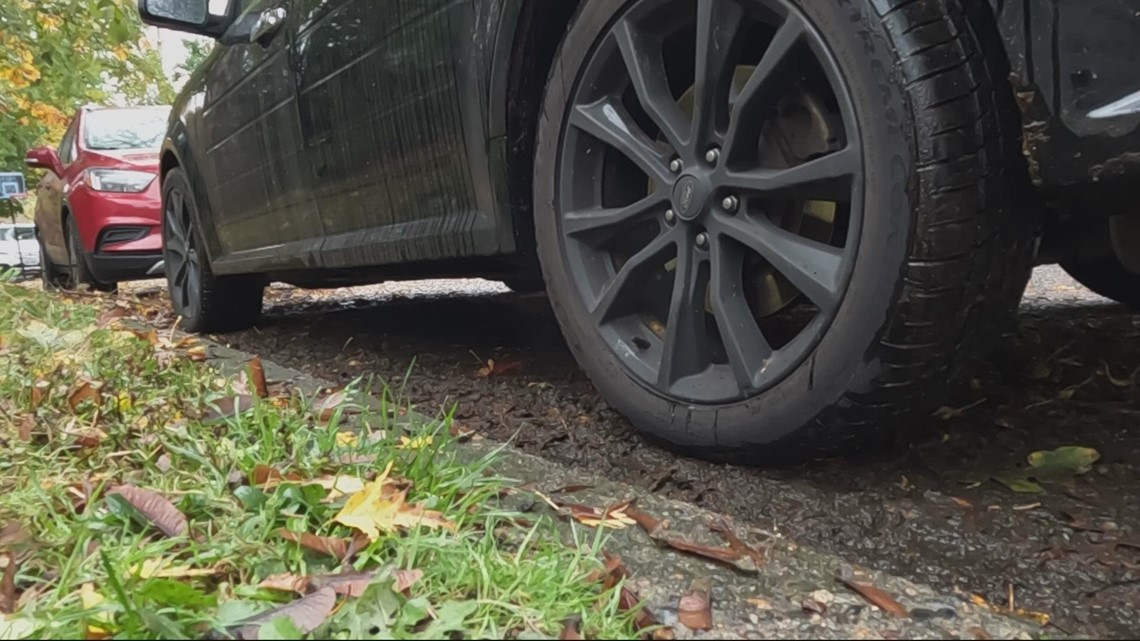 It's part of a movement spreading to cities across the world, with people encouraged to deflate SUV tires in the name of climate change and pollution.

why do you assume this has anything to do with the “bike community”?

When society steadfastly ignores a global crisis that threatens the lives and livelihood of many tens millions, this kind of “soft sabotage” is needed to communicate the impact of ecocide to those who are apathetic and insulated. The “Tyre Extinguisher” movement was formed in response to Andreas Malm’s book “How to Blow up A Pipeline” and his collective’s direct actions in Stockholm:

We are people from all walks of life with one aim: To make it impossible to own a huge polluting 4x4 in the world's urban areas.

"Yes. What we did was went through rich neighborhoods and picked out SUVs. … And it’s very easy to deflate the tires of a car. You just unscrew the valve and you insert a little gravel or piece of stone or something like that and then you screw the valve back on and the air will be out of a tire in a couple of hours. So this was not property destruction. We didn’t damage anything. It created an inconvenience for the owners of SUVs.”

PS: Jonathan, asking the tyre extinguishers to confirm whether an action was “theirs” is silly. This is a non-hierarchical movement so there are no leaders or leadership that approve actions.

PPS: Hi Police, I had nothing to do with the actions described in the KGW article.

And I was just having some fun on Twitter with that Tyre Extinguishers remark. I don’t need a lesson from you about how leaderless movements work! Thanks.

Sorry I forgot to answer some of your questions.

Yes I do think stuff like this does some good. We need folks to wake TF up.

People who mostly drive gas guzzlers do much more to harm other innocent people than this and we don’t see the same type of media coverage or response.

I don’t need a lesson from you about how leaderless movements work!

I am a lifelong progressive and support all effective measures to address human caused climate change. But if I catch some “climate activist”, fellow cyclist or not, letting the air out of my tires or otherwise vandalizing my personal property, I will beat them so bad they’ll consider becoming a Republican. Vandalism directed at average citizens like that is going to do incredible harm towards real efforts by serious people to deal with the problem.

Well you just published this in your blog Jon…

.”if you wake up to find your SUV out of commission, ask someone who relies on active transportation to help you figure out a new route to work……”.

Jon, If you or the vandals you encourage come on my property and mess with my vehicle you’ll not do it a second time. I can assure you of that.

They are promoting a potentially very dangerous activity. There are some people who would not think twice about making sure you never mess with their property ever again.

And wow what “heroes” for the environment sneaking around in the dark letting air out of tires. How impressive.

I wonder how Jonathan would feel if the SUV belonged to a Person Experienceing Houselessness on a Safe Routes to School street. Would he contact Sarah Iannarone for spiritual guidance?

Let’s catalog Jonathan’s excuses for encouraging vandalism and property destruction, further deepening the resentment of (if not outright hatred for) cyclists in Portland:

Translation: “Got my ad impressions, see ya later suckers. Try not to get killed by a driver who’s late to work or just plain angry because I told some impressionable doomscroller to damage their vehicle.” (turns off comments)

This site is clearly not about cycling anymore.

This site is clearly not about cycling anymore.

Lol now the article headline has changed from

He does seem a bit paranoid. Though instead of Russian hackers he’s probably betting on QAnon being the perpetrators.

Let’s slam him for an inflammatory headline, then when he tempers it let’s mock him!

Yeah Maus has become polarized like many in America.

Nobody mocked him. It’s essentially en eyeroll emjoji at Maus’ continued evasion of responsibility for what he encourages.

BikePortland is arguably anti-cycling now, but y’all will follow this man off the proverbial cliff, I guess. Vandalism, seizure of public property, pollution, drugs and violence are what this site promotes.

That’s not mocking? OK then.