Is Kate Brown a good Governor for bikes?

I’m genuinely curious what you guys think since I don’t really keep up on politics. I did notice that a lane-splitting law for motorcycles (would have been applicable to bicycles as well) was passed, but she vetoed it last second. Is she a good governor?

She’s not a Republican/fascist, so that’s good enough for me.

The alternative being what? You don’t vote for someone in 'Merica. You vote against the other guy.

In answer to your question, no she is not.

No need to explain the obvious.

You don’t vote for someone in 'Merica. You vote against the other guy.

This is a natural consequence of plurality voting, and with it the on-the-surface-rational-yet-long-term-self-defeating “lesser of two evils” voting strategy.

If we want this to change, we have to change the way we vote. If we want that to happen at the state governor level, we have to show it can work at lower levels - STAR voting currently has some traction with the Portland Charter Reform Commission. If that got passed in the state’s biggest city, state-level offices wouldn’t need to be too far behind.

I don’t think Kate Brown has been a particularly good governor for anything, including bikes. But I also echo other sentiments here that Republican alternatives would inevitably be worse. And this downward spiral won’t stop until the system changes. 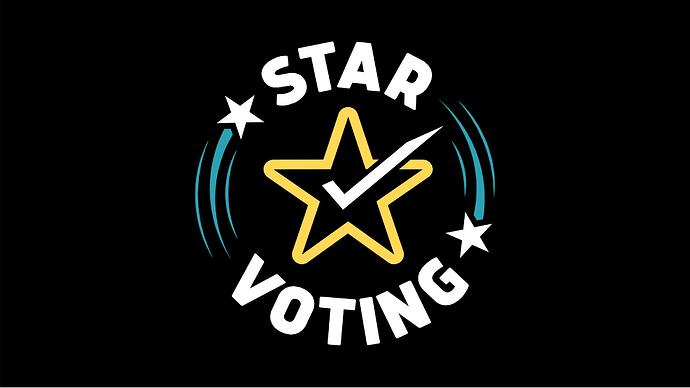 STAR Voting is an innovative Oregon grown solution for more expressive, more representative elections. With STAR Voting we would be able skip the low-turnout primary and just vote once in November for non-partisan races. You score candidates from...

The community is able to submit comments to the Charter Commission.

The problem with this is that Democrats would split their votes among multiple candidates and Republicans would coalesce around a single fascist.

The problem with this is that Democrats would split their votes among multiple candidates and Republicans would coalesce around a single fascist.

This is only a problem for plurality voting (what we use today) and, to a lesser extent, ranked voting methods (including the method used in Maine and a few other areas in the US - proponents will tell you this eliminates vote splitting, but that is not actually the case - it simply lessens the impact). For STAR and score voting methods, you don’t have to worry about that - a Democratic majority could simply give all Democrats on the ballot the high scores to ensure a Democrat gets elected. But what we’d get greater control over is choosing better Democrats than the milquetoast/neoliberal/pro-woke-yet-still-pro-monied-interest types we currently overwhelmingly “enjoy”.

Not overnight, mind. Money in elections will still play a significant role and overwhelmingly favor the types I just listed, but removing the fear of vote splitting and spoiler effects will open up a lot of possibilities. As I say frequently, a better system won’t guarantee us better results, but a bad system does guarantee us worse results.