Is having unauthorized bicycle dismantling shop on the sidewalk in downtown (SW 12th/SW Columbia) the new norm?

filled with bicycles and their components of unknown origins is getting worse and worse. It started off with just a few frames, but now there are 6-10 frames piled up blocking the sidewalk and numerous parts everywhere all in plain view, at least late at night. It is reminiscent of some third world countries. Is this the new norm?? 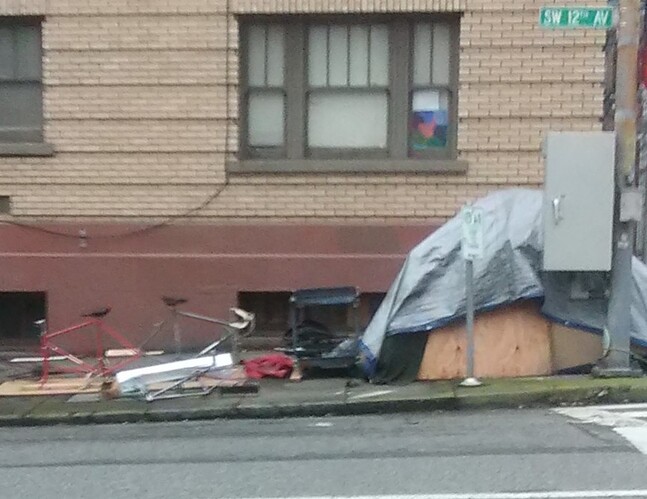 and Officer Dave Sanders has left the department.

But there is a link on their still functioning webpage to submit a tip. You could try that.