Hope for Portland re: open bike paths and safer cycling 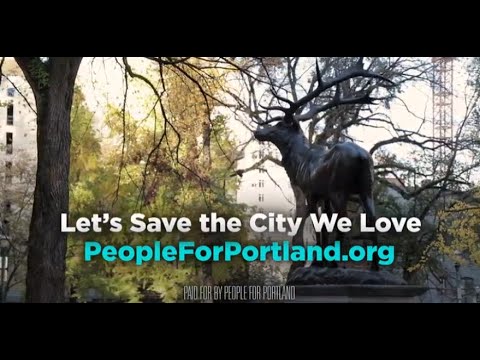 This organization might be able to help the community make inroads in keeping our bike paths clear and safe and reducing traffic violence.
Check out the video!

I can’t support an organization when I don’t know who created and is funding it.

From what little I can find out about this group, it’s a “dark money” group. Their website does a good job of stating some of our problems: homelessness, trash everywhere, “police reform”, etc. But it doesn’t offer any solutions other than to “demand action” from elected officials. Just my personal opinion, it seems like one of those insidious right wing groups intended to capitalize on and inflame existing dissatisfaction in order to try and make responsible governing harder than it already is.

I think the use of “dark money” isn’t exactly accurate and seems to be a misguided attempt put to cast a pall on what seems to be a good effort.
One of the supporters is Tim Boyle CEO and president of Columbia Sporting goods.
Here is what he said:
“ Boyle said some Columbia Sportswear Company employees cited problems in the city as the reason they were leaving, and some potential hires turned down jobs they should have worked in the city.

“I’m more than happy to talk about this out loud and put my name on my loudness,” said Boyle. “I’m not a black money person.”

Also, the campaign is be organized by Kevin Looper (a longtime Democratic strategist) and Dan Lavey a Portland based political strategist who helped MLS soccer becomes a reality in Portland.

Our Summer Sale is on now! Get up to 50% Off on the jackets, shirts, shoes & more you've been waiting for. Our Outerwear is Tested Tough in the Pacific Northwest. 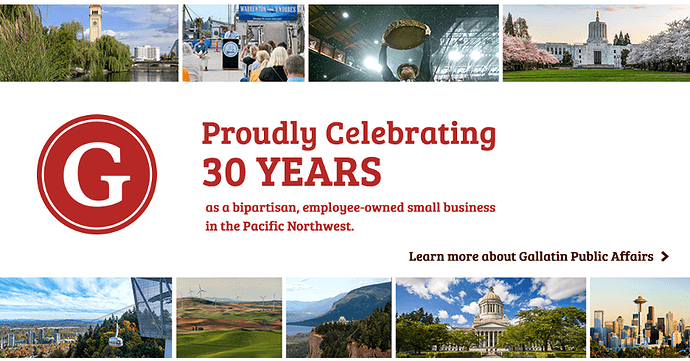 We strategize, communicate and advocate at the complex intersection of business, government, politics and media.

Steve,
I get that. See other reply below for more details. I’m sure some supporters are fearful to come out for anything that might be considered “law and order” in Portland for fear of being crucified by far left extremists.

Anarchists have attacked the home of a sitting city council member and he agrees with most of their rubbish! They have attacked multiple churches, the Oregon Historical Soicety, the Boys and Girls club, firebombed public school’s food trucks/buildings and even attacked police stations. I would like it to be more transparent as well but I can understand their caution. At least Tim Boyle CEO and President of Columbia Sportswear has voiced his support. 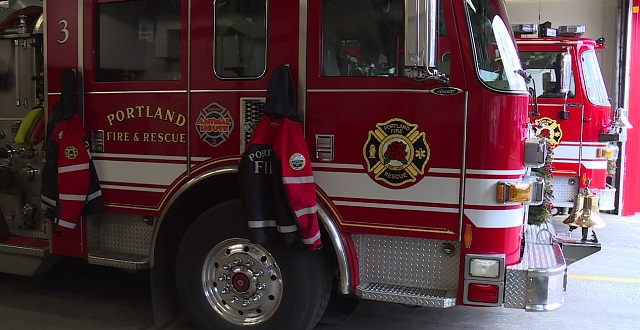 Though the building sprinkler system was activated, the fire did not extend into the structure, officials said. 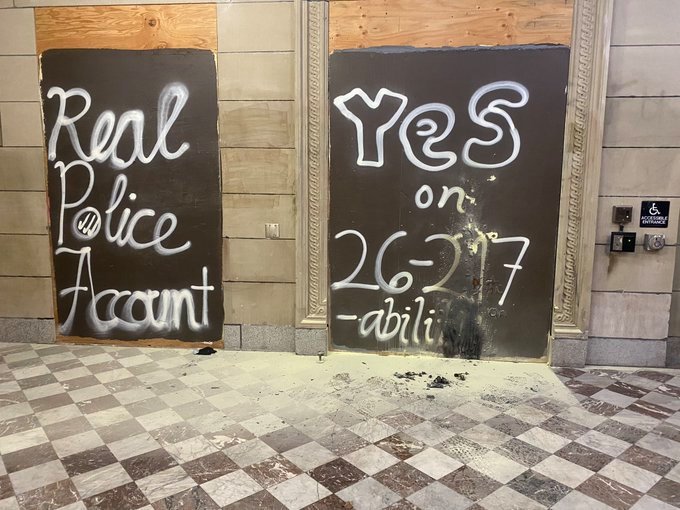 A home was damaged and a driver was arrested amid an unlawful assembly in North Portland following a night of vandalism and arrests. 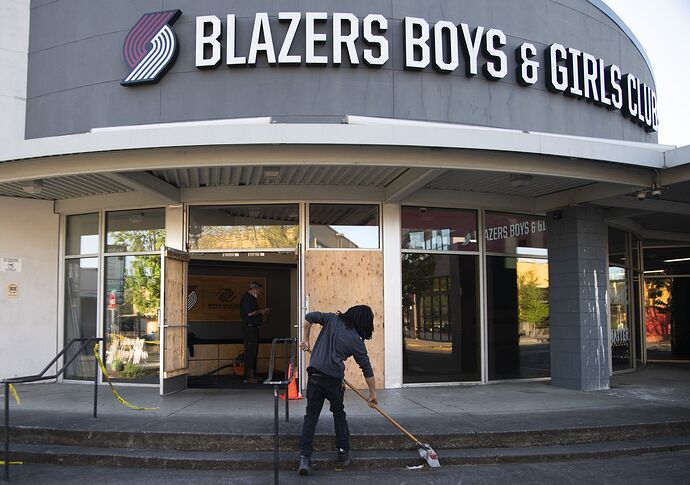 The Boys and Girls Club was one of several buildings damaged during Monday night’s protest, which saw about 80 people marching from Woodlawn Park to the Portland Police Bureau’s North Precinct. 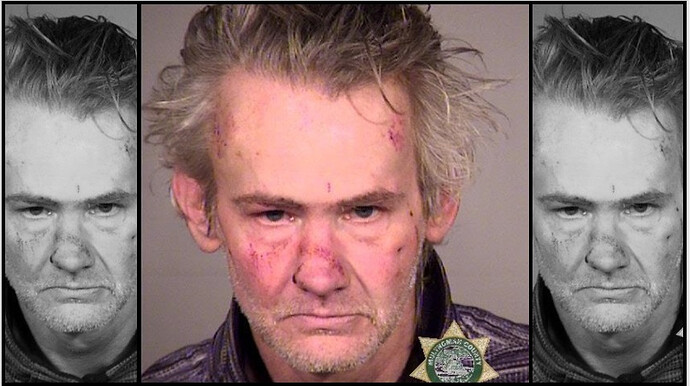 One man was arrested following an attempted burglary of a church in Portland Wednesday morning, according to the Portland Police Bureau.

bryanmorris,
One of the principal organizers (Kevin Looper) is a longtime Democratic strategist. I agree it could be more transparent (and hopefully it will become more so) but it certainly does NOT seem like a right wing group as you suggest.

When a political action group has the money to produce a slick marketing campaign and run ads on tv, in order to get my support I want to know who 1. founded the organization and 2. is funding it. So far we have some “supporters” and the names of two political strategists these unnamed people hired.

Tim Boyle CEO “I’m not a black money person” what?? Weird phrasing aside, is he or isn’t he “supporting” an organization which is not forthright about it’s financial and political connections?

Or a business group.

Steve,
I’m guessing that was his (Tim Boyle, CEO) response to the Oregonian article that the group was being funded by “dark money”.

Hopefully more of the supporters will feel brave enough to come out and declare their support. It’s tough given the current intolerant political climate in Portland. I think your’re right though it would help the organization get more supporters if there was more transparency and allow it to more easily achieve its stated goals, which are laudable and truly needed,

Okay, so what solutions to these problems is this dark money “campaign” proposing? Pressuring elected officials to “do something” doesn’t seem very helpful to me.

Don’t get me wrong, I do not think we should as a society be tolerating homeless drug addicts destroying our communities. And that’s who the vast majority of the homeless are these days. I know from my own life experiences that tolerating and enabling other people’s drug addictions just gets more of the same behavior and destroys everything around it. I’m not at all convinced that trying to create officially sanctioned and regulated “villages” is the answer. The majority of the addicts on our streets are not going to want to move from wherever they’re squatting into one because that would require that they give up their drugs. That’s the last thing any addict wants and why addiction treatment is unsuccessful in most cases, especially if it’s coerced. I don’t have a solution to these problems and, frankly, neither does anyone else.

I think business groups would be perfectly happy if all the homeless moved out of downtown and inner eastside and onto either the 205 MUP or the Springwater Corridor. Out of sight, out of mind.

Reasonable city leaders (like Wheeler) have been fearful of any pragmatic actions on violent crime, property crime, homelessness and traffic violence because they are fearful of the “loudest voices in the room”. In Portland these are the extreme activists (often from organizations supported with city funds) and people at the far left of the political spectrum with extreme views. City leaders need to hear loud and clear that it’s okay to realize that there is a HUGE “silent majority” who just want their neighborhoods to be clean and safe, have the police respond quickly when they call 911 and not be run over by reckless drivers when crossing the street to buy some milk.

The ears of City Hall has been taken over by people with extreme beliefs. This needs to change. We need a return to Pragmatic Progressivism and stop with the performative politics. It’s destroying our city.

I’m all for pragmatic progressivism, I’m a Democratic Socialist myself. But it’s meth and opioid addiction and toleration of those that are destroying not just our city but our society. Well, that and fascism, but that’s another story. So what’s your solution to a large and growing population of addicts who have dropped out of decent society, will never return to it, and are making our communities unlivable? Should we give them free drugs? Should we give them a bus ticket to Salt Lake City where they’ve “solved” the problem? Should we build more prisons and lock them up permanently? Should we sacrifice and cordon off some area and force them into it where they can do whatever they want like in Escape From New York? If a group wants to advocate around this problem, they need to have real proposals that might actually work.

I checked out People of Portland, and aside from knowing what their concerns are, I don’t see anything around a concrete set of actions or even philosophy. I don’t see anything egregiously positive or negative about their own stance. It’s just “there’s a problem and something should be done about it.” Okay. Could you be a little more clear about what the what is? Nobody gets my name or money as a supporter until they are up-front about a plan of action. “Pressuring politicians” happens with or without them. In what way and in which direction are they pressuring those local politicians?

I think the real goal of the campaign is to push Wheeler and other city council members to a more centrist, common sense and pragmatic approach.
Currently they are being held hostage by the extremist advocates and “social help” organizations.

Currently in Portland one can’t:

This is what needs to change. The “silent majority” wants their 911 calls to be answered, they don’t want drugged and unstable people wandering their neighborhoods, they don’t want violent protests, they don’t want cars speeding throughout the city and they don’t want shootings on a nearly nightly basis. We can do better. I hope this group can help move the needle to that end. 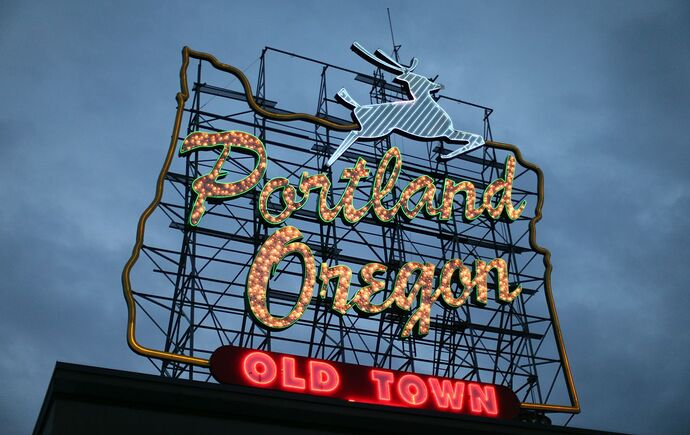 Portland needs its leaders to move more quickly on pragmatic solutions that address our humanitarian crisis of homelessness, enhance public safety and clean up the garbage and graffiti around the city, write political consultants Kevin Looper and Dan...