Here’s the data: Why public transportation (and life in general) doesn’t feel safe in Portland

Here’s the shocking data from a study conducted on Portland homicides.

Gives data as to why Portland now feels so unsafe and helps explain why transit share has plummeted and stayed that way. Gangs and the support, allowance and enabling of street camping are the main causes of a decrease in public safety and livability in Portland.
UNTIL we address these “elephants in the room” we will never meet our climate goals in Portland. Single driver vehicle use will remain the primary means of transportation if people feel unsafe on our streets.

https://www.portland.gov/sites/default/files/2022/2022-pdx-problem-analysis-public-version.pdf
FROM THE REPORT:
Groups, Gangs, and Networks at High Risk of Violence
• The Portland Police Bureau identified 30 groups and gangs currently active and at significant risk of involvement in violence as of 2021.
• These groups and gangs have an estimated currently active membership of 1000-1495 members (0.16-0.23% of Portland’s population).
• These groups tend to be primarily African-American, though there are also several Hispanic groups and White groups.
• Of these 30 groups, 10 Portland groups were associated with the greatest amount of homicide cases (43) from January 2019 – June 2021. These 10 groups have an estimated currently active membership of 570-815 members.
• Homicides and shootings associated with these groups are driven by ongoing group conflicts but also by members using violence to resolve personal conflicts. 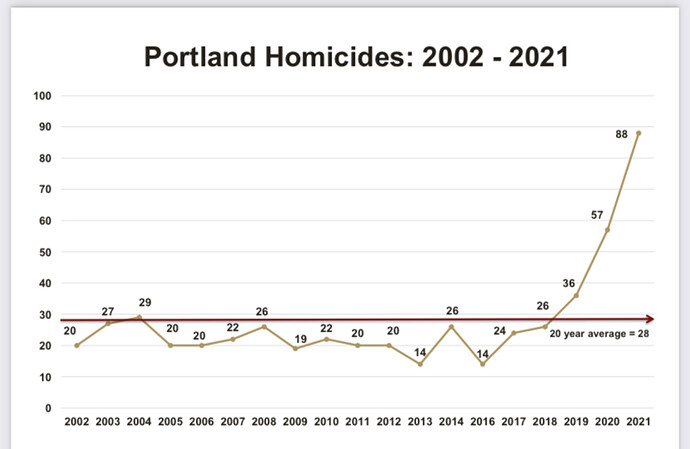 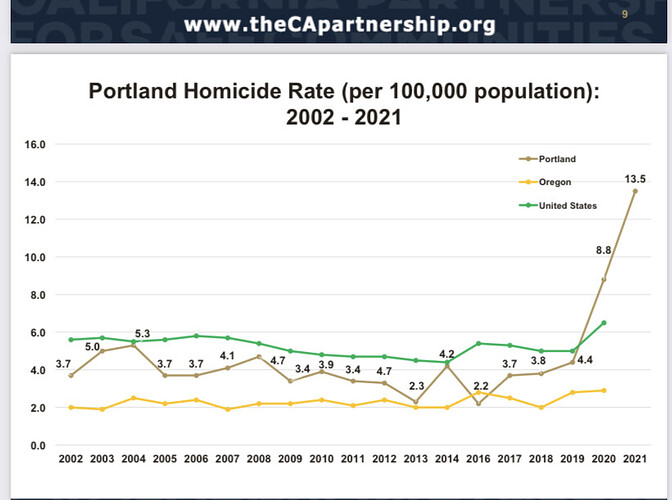