I had a momentary lapse of judgement this Thurs (2 days ago) as I walked into my business and left my bike on the porch unlocked. 16 mins later this guy grabbed it. First time I have ever not locked my bike that I can remember.

I have been posting reward posters around Sellwood where I live/work and the theft took place. Talked to many folks at the bottle return places like QFC and New Seasons, was directed to some homeless encampments near the Sellwood Dog Park.
Was given a few names and I met those people “Mikey Cortez” and “Aaron White” are not the people in my video.
All and all the homeless people have been super friendly and helpful, I have been spreading some dollar bills around to people for info.

Here is the youtube video, please help identify the guy. 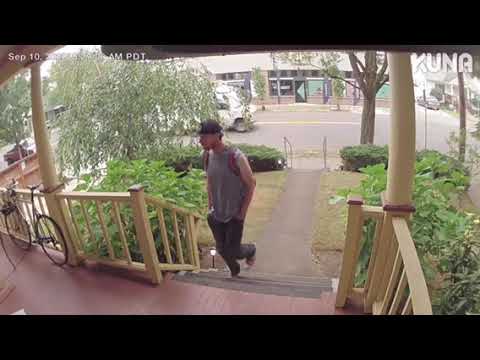 I’m a believer in including useful metadata in the posters or here… especially if you want to help someone recall the person. Have you posted on Reddit Portland? I think they have this policy they only allow things like this if you include a police case number but it could be worth a shot.
Cross street originating from, direction he left with the bike… on which sidwalk (to the extent you feel comfortable
with in protecting your own privacy)

With extremely precise details, you improve the chance of drivers/passersby who might recall seeing the person… say going into particular tent camp location.

When you go to convenience stores they have a height gauge on the door frame for a reason.

If you haven’t moved the camera angle since then, you can go in the frame with tape measure and calibrate it so you can get a reasonably accurate height by raising up a ball or something so it occupies the same part of the frame as his head
then measure the distance to top of the ball to get his height.

September 10th at 8:26AM
A 25-30 year old white male
chinbeard and short hair
Wearing a dark baseball cap
Gray sleeveless t-shirt
(any visible tattoos in original footage?)
black pants
white shoes
Appears to have a habit of walking with hands in pockets