Good article on most recent pedestrian smashing in PDX

Freak accident where the driver and pedestrian were both doing something they shouldn’t have been doing and they both met the unexpected.

Something along this line: 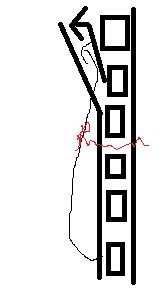 From reading the poorly written story, I’m visualizing a car wanting to turn left couldn’t get to the left turn lane, so drove in the oncoming lane that was empty to clear across queue cars in front of him. Then a pedestrian that was jaywalking between line of cars that was clearly not expecting this was met by a car that was also not expecting a pedestrian.

I would call it a case of two wrongs made a freak accident.