And we wonder why transit ridership is down in Portland Metro? Until we can provide safe, clean and reliable public transit it will remain a small part of our transportation share. Allowing and enabling the criminal homelessness, drug users and the severely mentally ill to populate our neighborhoods without support or consequences is serving NO ONE well.

Guaranteed Maus won’t do a story on this. It’s all rainbows and unicorns in Portland Metro right? 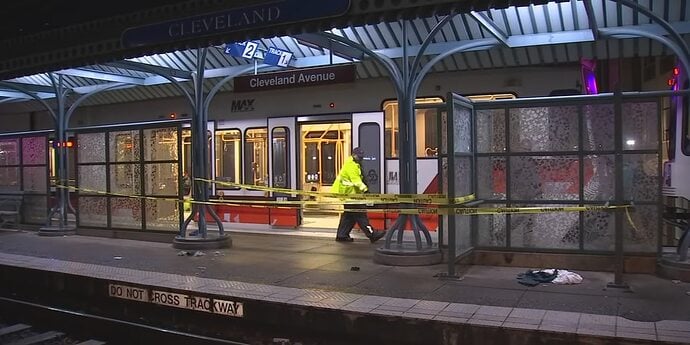 The assault happened at the Cleveland Station at about 2:17 a.m.

I used to find MAX convenient and nice to ride in the system’s early years. It’s become a cesspool now. This city has no shame.

Yes the social contract is very broken in Portland Metro. Except for a bit of a pendulum swing (electing moderate left of center Democrat Rene Gonzalez) area voters continue to elect ideologues—such as Jessica Vega Pederson who was instrumental in passing out ~ 22,000 tents and 69,000 tarps (using taxpayer funds) to enable cruel and inhumane street camping.

The attacker recently moved to Portland from Georgia. Not surprised. 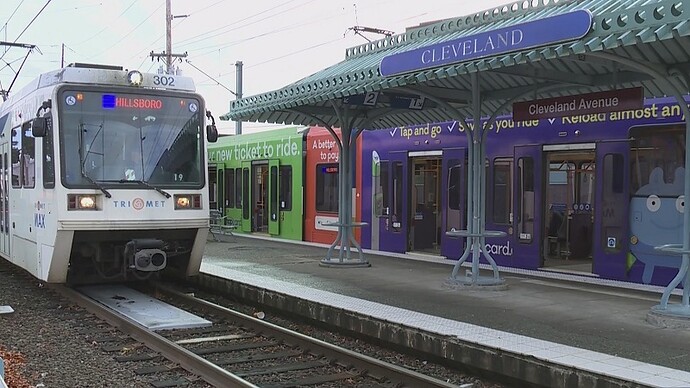 A gruesome fight at the last stop of the Blue Line in Gresham left a 78-year-old man seriously injured, with his ear chewed off and his skull exposed.

Came for the drugs, stayed for the human flesh.

Yep. Can’t wait for the inevitable Portland apologist comments…”This happens everywhere”, “It’s the pandemic” and the latest “It’s the price of housing”.

Bath salts are trendy again among vagrant drug addicts?
Buses are serene by a big margin compared to MAX. This is the result of failure to enforce fare. Enforced fares serve as a cover charge to keep criddlers/riff raffs out.

This is also important for congestion control, because riff raff infested transit would be undesirable to commuters.

It happens like clockwork. Like always saying the homeless problem is a “complex” issue. Code for “we’d rather just sit on our hands be perpetual victims while the bad actors tear our communities apart”.

According to KATU, the perp “admitted to consuming fentanyl pills, alcohol, and marijuana”.
The question we should be asking is: has anyone in the past caused him to be resuscitated by administering naloxone or calling emergency services and causing naloxone to be administered? Congrats. That person enabled this to happen by failing to mind their own business and let him stay in eternal fenty nap.

Ugh. This story gets even uglier. The 78 year old victim was a meth addict who had recently been evicted from a house in Hillsboro after serving prison time for sex crimes involving children.

Only in Portland….(and Gresham and Hillsboro). Just say no to the MAX