Draft proposal to deal with unsanctioned camping from Mayor's office

Mayor Wheeler’s office sent a memo to other local and state governments last week for a plan to create three 1,000-person shelters and end unsanctioned camping in the city. The memo was written by former mayor Sam Adams, and was sent to Metro, Multnomah County, and Governor Brown. This is apparently a draft proposal intended to form the basis for further discussion. It’s a pretty big bold proposal. What do people think of it?

Here’s a link to the memo: 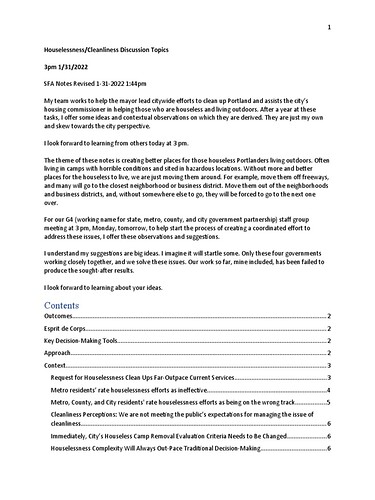 The memo is dated Jan. 31 and appears to have been written by former Portland Mayor Sam Adams, who currently serves as an advisor to Mayor Ted Wheeler.

Here’s some links to the first new stories about it: 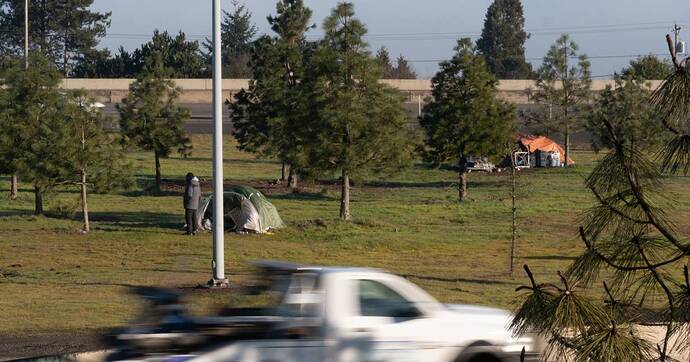 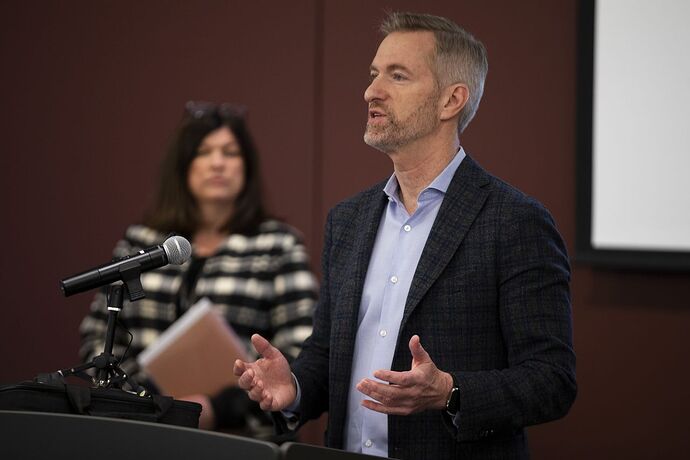 I’m all for it. It may not be perfect (I don’t see anything wrong at first read), but it is way better than doing nothing which is what has happened for the past 6+ years from when the original Housing Emergency was declared by the City.

After reading the articles, I see that all the local homeless industrial complex groups and politicians are aghast and offended by the proposal. That’s definitely an argument in favor of it.

Yep, the more the homeless “advocates” and non-profits are against something means the more common sensical it is.

Will any of this help to clean up our MUP’s (bike paths)? Nobody wants to use them now. IF the city of Portland is serious about reducing our carbon footprint they need to clear the trails and keep them clear.

Portland definitely needs a solution to the homeless problem, and experimentation is definitely in order because what’s been tried so far does not have the capacity to address the large number of people in that situation.

What we know is that people are homeless for different reasons: economics, mental illness, drug addiction. Some of them cannot or do not know how to live in a group setting. I am concerned that indiscriminately throwing 1,000 people together will impose those who are really crazy (for whatever reason) on the ones who could handle it. A one size fits all solution puts them all together to deal with each other. Likely not good.

Having said that, we do need to try something else.

I imagine the city could also tap into some the wealthier philanthropists and business community for funds to buy or lease these temporary mass campuses. Hell, I’d forgo my kicker if it cleared the city’s mups, sidewalks, and public lands.

Glad to see someone finally showing some bold thinking. Perhaps this is Sam’s first move to return to the mayor’s office?

This the best part;

“….Read it and you’ll understand why he’s on Mayor Whatshisname’s staff: he’s the guy who follows Hizzoner around with a long, black box… It doesn’t contain an Uzi but a spine that the mayor can use…occasionally.

Sam’s document makes perfect sense. Build “shelters,” quickly and without the usual cream-offs to the very good friends of our progressive machine (non-profits, developers, building trade unions); move every “homeless” camper into the tents. Run them with, as the mayor once said, “tough love,” also known as “don’t break any laws the rest of us are expected to abide by,….”

Sam Adams gets it (approximately) right

That was a pretty good article and I agree with most all of it. Worth a read. Probably wouldn’t agree with the author on most other things though.

Yeah I agree, His stuff on Portland (like supporting the Adams’ memo on the need for larger shelters so street camping can be eliminated) is good. Stick to that though, his COVID stuff is too politicized for my taste.