Earlier today, I idiotically forgot to retrieve my bike from a rack and bring it back to its garage before dark. When I finally went back to retrieve it, the entire bike except for the lock (cut) and the helmet was gone. I live at the west end of the PSU campus and parked the bike in front of Hoffman Hall, which I know is very close to a bike chop shop (at the corner of 12th and Mongomery St.). Therefore, I think there is a relatively high chance that it ended up there, although I have no evidence yet. If anyone knows more about the details of this shop, or can give advice on doing a fake buy, please let me know.

The bike is a relatively old model of the Skykomish brand and with the Marble Point build/color. Despite the bike’s age and having purchased it second-hand, my family and I have put hundreds of dollars into its repair and I care greatly about getting it back.

Although I couldn’t find a picture of the bike itself, I found a picture of a bike of the exact same model online. However, note that this bike has a number of differences: the front wheel was replaced and has a black inner rim, while the back wheel is original and has a gray inner rim. The tire on the back wheel also has thinner traction bumps than the front wheel. It is a 21 speed. 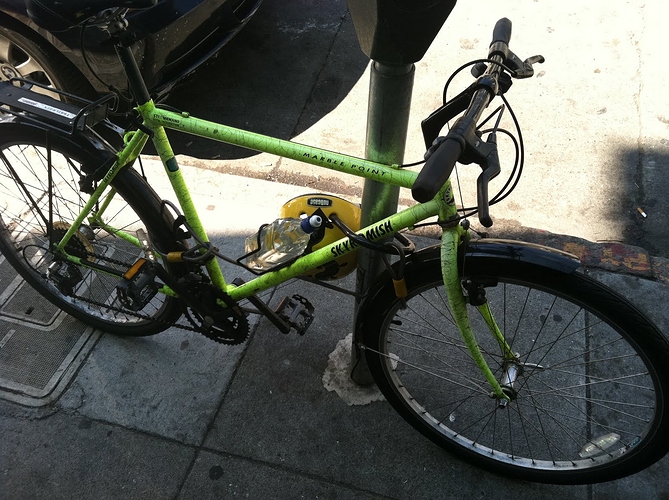 As usual, check bikeindex.org and run your serial. If you didn’t record it, you might as well call it water under the bridge.

a bike chop shop? No, that area is bike chop shop mall. There is a cluster of them within 1/2 mile radius of that spot. Here’s just a handful. See the red circles where I have personally confirmed presence in the past few months. Chop shop sighting: SW 12th & SW Montgomery on 8/18/20 - #2 by Chopwatch

A bicycle left unattended in that area will be like food left unattended on the table near seagulls. Staring at seagulls prevents the food from getting stolen. Similar to bike thieves.

And see all the advice in here What to do when your bike is stolen in Portland Oregon ...

… esp the part about monitoring the online stolen goods bazaar that is Offerup for your stolen bike.

Those vagrant drug addicts show no mercy. This one’s a chopped bike that was tossed in the bushes in the I-405 SB on-ramp off SW 13th and Montgomery sometime last year. This is very infuriating. 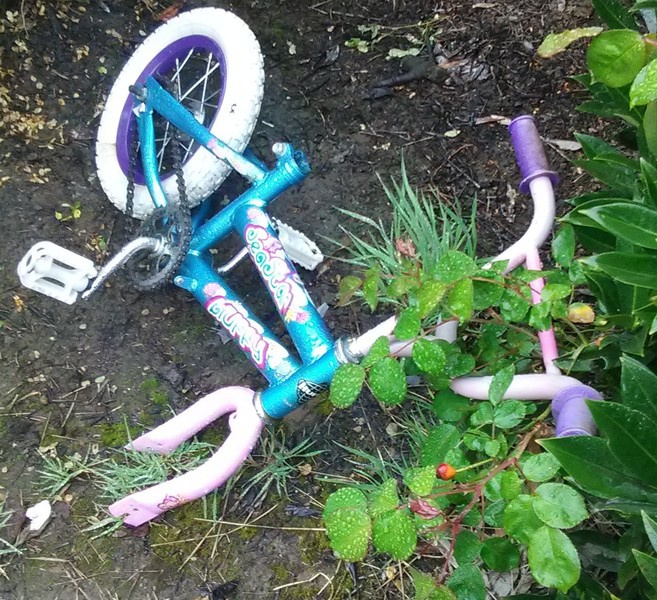 That is so low …stealing from zoo bombers!