The failed city of Portland is now begging the state of Oregon to provide traffic enforcement in the city that Chief Lovell & Ted Wheeler abandoned in 2021. Even the anti-enforcement, anti-police District Attorney Mike Schmidt appears to support this request.
Portland is one of the few sizable cities without ANY dedicated traffic officers. And we wonder why we are setting traffic death records in Portland?

From article: “Research has shown that violent crime is reduced by a visible law enforcement presence, even when only focused on low level traffic enforcement. Both the District Attorney and Mayor’s office request that the Oregon State Police commit to traffic enforcement activities within the city jurisdiction for the next year,” 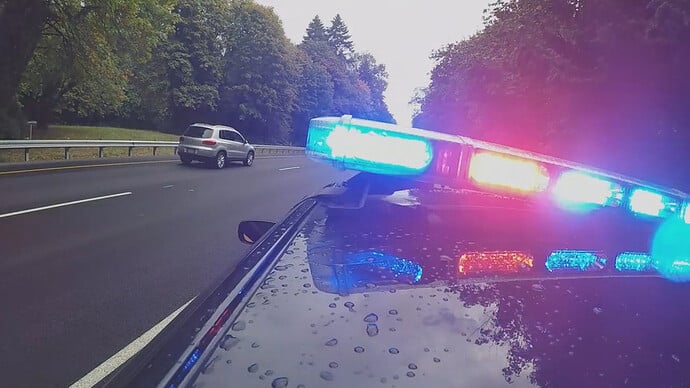 The city could demonstrate that is returning to traffic enforcement and raise money in fines quickly simply by monitoring intersections for drivers speeding through lights turning yellow and red. It is daily that I watch drivers who have learned to disregard slowing down to a stop when a light turns yellow.

That would at least be a start. I won’t hold my breath though. It seems here in Portland any enforcement of laws is somehow one of the following: racist, ableist, ageist or victimization of the poor and undereducated. Until we return to a more balanced and common sense approach to public safety and law enforcement I’m afraid traffic deaths (and all
crimes) will continue being at record levels in the once livable city of Portland.

Better approach is more expeditious parking related tow warrant, more protection for owners of stolen vehicles that have promptly reported it stolen, and more enforcement of title skipping. (vagrancy vehicles that have been purchased cash but never been formally titled in the new owners’ name)

traffic enforcement is toothless against the “judgment proof” demographic; however a way to fast track taking away vehicles of repeat parking law offenders works against people who won’t intend to pay citations.