Casmano Road Bike. Anybody here know about them?

I’m currently living in the Bay Area CA and I recently came across this bike on Next Door and purchased for 100$ because I thought it was cool and couldn’t find any ones like it online.

On the frame it has casmano which I traced to Steve Casmano from Eugene. The original owner whom I bought it from just moved from Portland…

Does anyone know anything about these bikes? And if this is an original casmano bike? Are they rare because on google it’s hard to find info on them. It’s definitely steel framed because there is rust haha 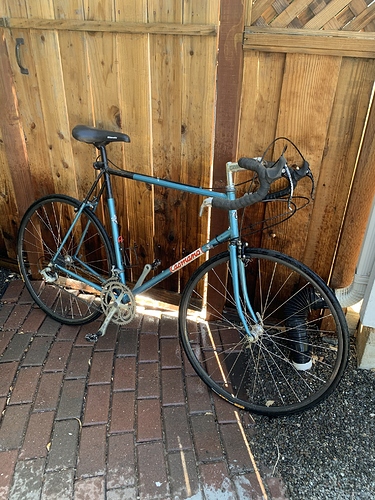 Bump. Anyone on here know anything about this bike?

Steve Casmano was an early Portland frame builder. He was in the 90’s punk and messenger scene. He passed away in 2008. That frame looks to be an actual Casmano with a later added comfort buildout…

@Emartineau616 Just ran across this - the builder, Steve Casmano, briefly worked at Portland Brewing Co. where I also worked and I got to see his band The Flapjacks a couple times. If you’re ever interested in parting with the bike, I’d be interested for the nostalgia of it. I’m often in the Bay Area. Thanks, -Pat