Cars reign supreme in lawless Portland, video of the mayhem. :(

MLK blocked for over 3 hours by street racers. Police unable to respond as too dangerous with the large crowds and limited number of officers available. 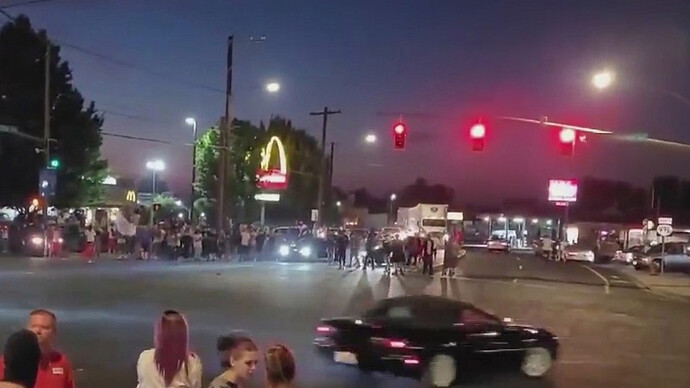 The crowd was so large, police said, officers and medical personnel did not enter the area. PPB officers prioritized life-threatening calls, the bureau said.

Pretty ridiculous that the police claim to not have the resources to break up street races, but they can turn out in overwhelming force when people demonstrate downtown.

I understand that reaction but it’s a little more complicated. Police have planned ahead for the protests where they responded in force. There have been many times where the violent protesters/anarchist were left to destroy the city without any or minimal police response. These large gatherings have crowd control as well as enforcement components. People now are so emboldened and defiant in Portland that they will not comply with law enforcement so crowds are a real danger to officers.

The real issue is that the PPB is underfunded, understaffed, and under-supported. Sensible police reform yes, anarchy in the streets no.

PORTLAND, OR (KPTV) - Neighbors are speaking out after an illegal street racing event blocked a northeast Portland intersection for about three hours Sunday night.

Video of Portland officer being attacked at a protest. Helps one understand the caution PPB needs to use before sending in officers into situations with crowds such as these large street races. Not buying that narrative. The cops continued to respond with overwhelming and violent force to protests despite the fact that a couple of cops were injured once or twice. They went millions of dollars over budget to police the protests, but they kept sending the cops in night after night.

PPB used to do organized, targeted enforcement of street racers as recently as last year. Those activities have now been eliminated. If the cops are willing to risk life and limb to beat on protesters night after night, they can’t turn around and avoid stepping in when street racers are being more disruptive and more destructive because they are scared.

I’m not anti cop and I believe that we should have more funding to get more police on the streets. But I’m not impressed when the police stand idly by when regular and predictable street racing activities are disrupting order throughout the city. The police chief and union leaders hold press conferences to justify their actions and complain about protests, but there’s not a squeak out of them when they fail to lift a finger to curtail street racing.

Seems to me that the cops are picking and choosing their battles.

Yeah the cops are burned out and not serving the community as they should but I feel that the primary reason is the lack of support from the Portland politicos and the community of “police haters”. Wheeler is at least trying but with a “weak mayor” system he can’t do much. The PPB of course have not helped with some of their actions but civil society will not exist without a functional system of public safety and law enforcement. We’re seeing the erosion of that now in Portland with regular violence (gun, traffic), increased property crimes and lawless activity without consequences.

How do these keep being called “street races”? It’s a sideshow

They have a particular quality and culture to them that is distinct from an illegal drag race or something like that. Unsafe and illegal, yes. But you gotta be working with the facts to understand and respond to the problem correctly.

Thanks Steve. What do you suggest for a proper understanding and response?

Given the amount of video produced by these events, it would not be hard for the police to track down images of license plates.

That said, the police in this city are burned out, belligerent to community priorities, and understaffed so I’m not expecting any sort of movement on this.

Agree except for the “belligerent to community priorities”. In my opinion it’s the City Council that are the belligerent ones. More concerned about performative politics than pragmatic
governance. Fund and support the police sufficiently so I can get my 911 calls answered and responded to. I’m tired of the “compassionate anarchy” we now have in Portland.

I have literally no idea how to even start addressing this issue. But I feel like step zero is actually understanding what you are complaining about, hence the correction.

Maybe look into what Oakland has or hasn’t been successful with in terms of addressing sideshows.

Steve,
Thanks for posting the link on definition of a “sideshow”. Sounds much more accurate than “street race” I was using the term the news outlets were using. I imagine they use “street racing” as it’s more widely understood albeit less accurate. Always interesting to learn about a new culture. Unfortunately this one is not only annoying but dangerous.

Zero help if there is no enforcement! Portland is a city full of laws that people don’t have to follow. 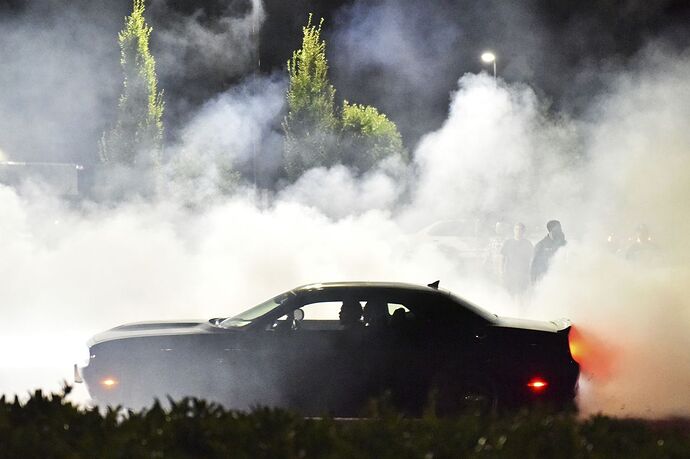 Can a city ordinance curb street racing in Portland?

The mayor's office drafts an ordinance in the latest attempt to address "dangerous" street racing in Portland.