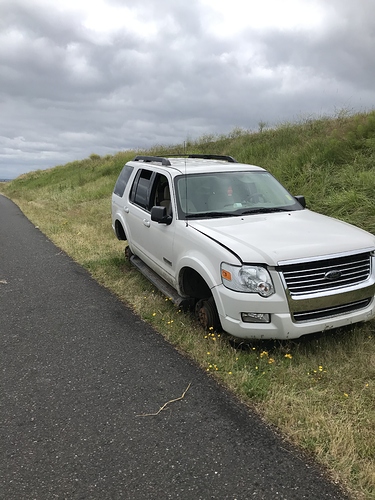 image3024×4032 3.49 MB
Abandoned car no wheels, no plates sitting along Marine drive MUP east of Sea Scout base. Another car at homeless camp near Delta Park under overpass. So apparently cars are driving on MUPs to access camps or remove wheels. Be careful out there. I’d report it to city but they are taking a hands off approach during COVID.
televod June 30, 2020, 1:03am #2

Yep, have seen two abandoned / stripped cars on the 205 path in the past month, both had been driven into the path adjacent to large homeless camps and then stripped. This phenomenon has been common on the nearby neighborhood streets for the past few years, but the pandemic related reduction in services has seemingly accelerated the problem.

This car will still look nice if someone will have the guts to modify it. I wonder why some owners just tend to abandon their stuff everywhere including a vehicle.

What a shame. They should’ve used a high-quality u-lock and not left it for too long in an unsecured auto parking zone.

Just rode by this today. Still there but there was someone from PBOT inspecting it so maybe they were getting ready to get it removed?