Hi everyone,
I was riding along the Columbia slough trial. I was coming down a hill on a corner and saw some fresh grass in the path. I did not realize someone had placed a perfectly straight line of large rocks across the bike path at the bottom of the hill and covered it with fresh cut grass. I hit the rocks going 20+ miles per hour and had a pretty decent crash. Note pictures taken after I started clearing it.

Location of trap: Columbia Slough Trail near Interstate / Denver and N Schmeer rd.
Date of incident: 16 May 2020
Time: 11:20 am

I have attached pictures of me post crash and the trap after I started clearning it. I cleared the trap and reported to police non emergency phone number. 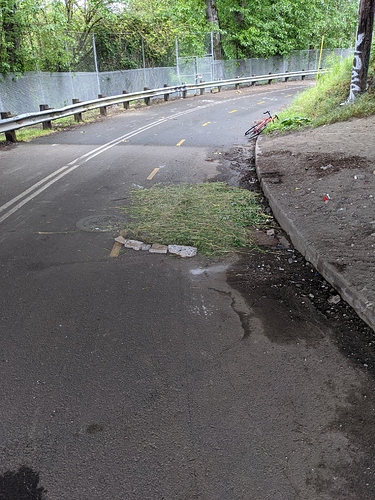 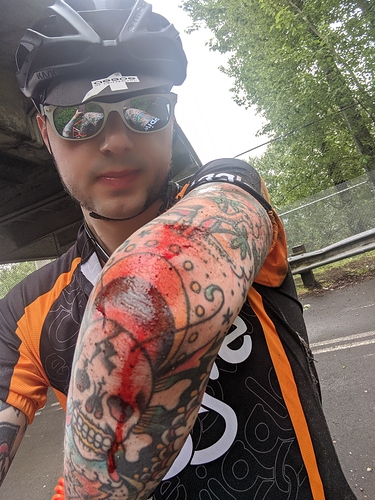 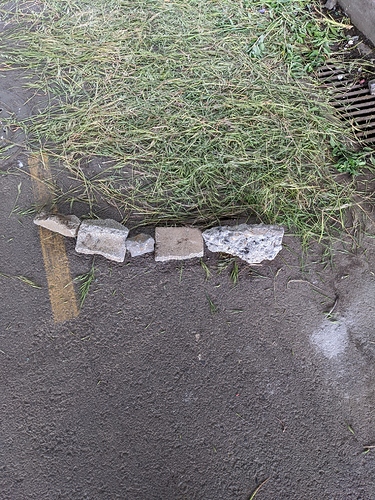 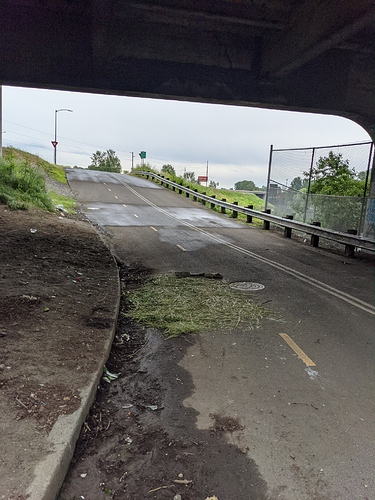 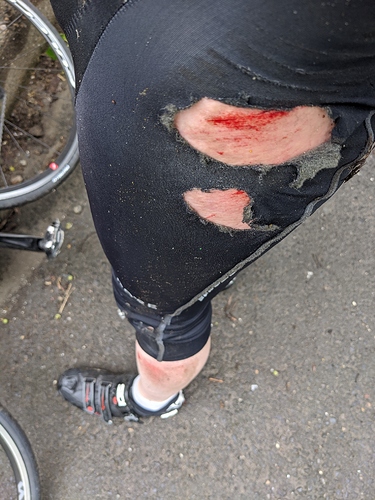 Damn. Thanks for reporting here and to the cops. Hope you’re feeling better soon. Any damage to your steed?

Appears mostly cosmetic to the brake lever, brake hood, saddle, pedal and quick-release lever on one side. Pinarello only 2 weeks old

definitely a bummer, but I guess it could have been worse.

Dang @pizzapunx so sorry to see this. That section of the path is often sketchy and full of debris. It’s really sad. I ran over a rat a few days ago and have had to avoid fires and even a junked out abandoned car at one point.

Hope you heal up all the way.

I wonder what kind of sicko randomly targets people – especially given that a high percentage of cyclists are elderly. This was an extremely dangerous trap.

One of the biggest reasons I avoid separated infrastructure is because of how often you have to deal with crazy things that just don’t happen on the roads.

Heal up and stay safe.

Ugh, that sucks! Almost had a head on that same place due to so much crap under there.

It’s the guy who some times camps there under the rr bridge. I recall about two years ago he built a wood barrier there to stop bikes.

A week ago, riding south-east on N. Columbia Blvd., near N. Upland Dr., I struck a bread-loaf sized granite cobble hidden in the shadows. Nothing malicious about the rock’s placement. There’s simply a a lot of construction trucking and road-side debris on that stretch of road. I’ll steer clear of it in future. Presuming, of course, that I can ride again; over the bars at 20mph, I took the impact on my chest. So, be careful out there, folks!

Best wishes by the way for a full and rapid recovery to you, @pizzapunx

That looks really bad, hoping for your rapid recovery.

Hella way to end a ride!

Heal well, I hope you can ride again soon.

I hope you heal well, too, pizzapunx. Thanks for reporting it, and you sure have a cool head to be able to photograph it so well right after the crash. I hope your report gets some eyes on it from precinct officers, bureau heads, and even councilors. The picture of biking on what should be a popular path isn’t pretty.

Sorry this happened to you. I take this route often and will be watching debris more closely going forward.

Thanks for the kind words everyone. Stay safe out there!