The popular North Portland Peninsula Bike Trail is now unusable. Why do we allow this? It’s past time to offer shelter AND enforce our no camping laws. This is not compassionate, it’s enabling and it’s cruel to all. 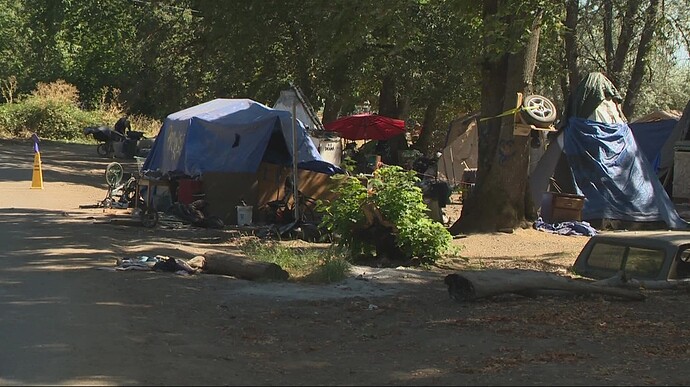 About 50 people live in a homeless encampment along the Peninsula Crossing Trail in North Portland.

I wouldn’t say the city supports anarchy per se. What I would say is that we’ve gotten to the point where every local non-governmental special interest group (in particular, the homeless industrial/drug addiction enabling complex) has been allowed to have a veto over any public policy in Portland. Much like Republicans, who are in the minority nationwide, can effectively stop any legislative initiative in Congress.

Lots of tax money is to be made for companies that often end up circling back around as campaign contributions. As long as campers are around money flows into rich people’s pockets, and they wouldn’t want that to stop. A few more vacation homes are needed.