Hey Portlanders. My partner’s beautiful Specialized Ruby was stolen from inside our vehicle in John’s Landing, just off of Corbett last Monday night, as best we can tell. It’s been a week and we’ve since filed the necessary reports and registered the bike on Bikeindex.com here: Stolen 2015 Specialized Ruby Sport
We haven’t seen any posts that reasonably match that bike on FB/OfferUp/Craigslist, so I was wondering if there are any known bike chop locations that would be likely candidates where it could end up. Thinking about riding around on some local trails/Springwater to see if it’s lying around. Is there anything that I’m missing before I set out on a search myself? 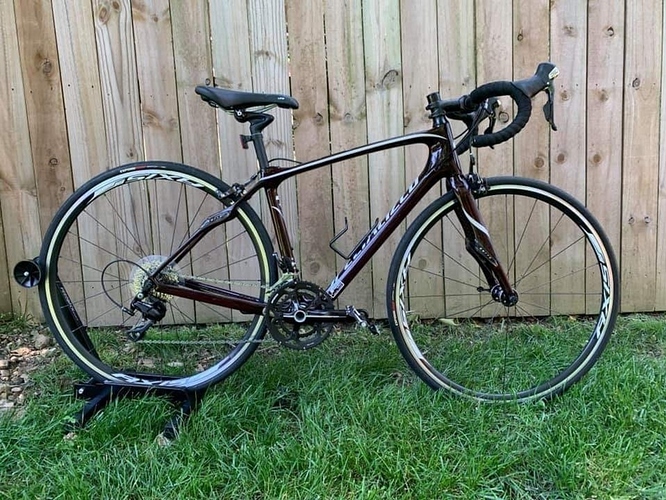 If it’s been a whole week it’s probably beyond all hope. Did check all the spots in this thread? Chop shop sighting: SW 12th & SW Montgomery on 8/18/20 A bunch of grass medians around and islands inside I-405/I-5 between NW Portland and SW Capitol Highway in SW PDX also have bike chops.

Bike chop shops are just everywhere. It wouldn’t be out of line to say there are more of them than fast food restaurants.

That was definitely my impression after a few drive-bys and riding around some of the spots on the springwater/esplanade trails. It’s pretty sad, but it’s a drop in the ocean at this point. It could be anywhere, and is probably in more than one place at this point.