Be careful out there. Random stabbing by meth tweaker at N Columbia & MLK

A driver at a drive-thru ordering was stabbed randomly by a methamphetamine tweaker.
Be safe out there. There’s been several alarming incidents and this makes another one. Defending ourselves in Portland in this day and age should be something we need to get serious about. 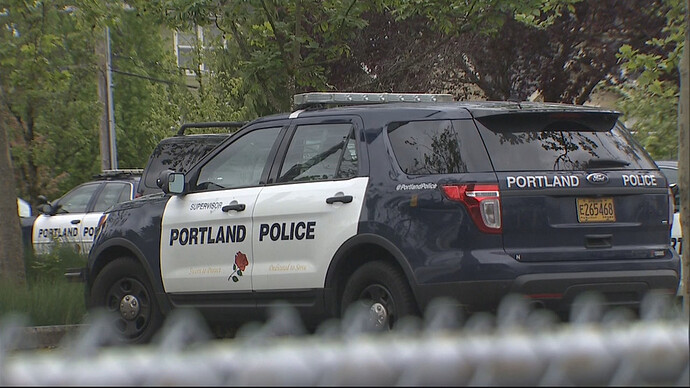 Portland police say a victim is recovering from serious injuries after they were stabbed in the Piedmont neighborhood early Thursday morning. The attack happened in the parking lot of a restaurant at N Columbia Boulevard and NE Martin Luther King...

How is this bicycle related?

Uh, another failure of car culture because it happened at a drive-up window?

Hi,
Just to put it into context, shortly leading up to this, we had a Honda Element driver going on a rampage and running people, then a red pickup truck trying to run a bike messenger and this happened days later.

This is a reminder we have to be really aware of surroundings not just for oblivious drivers, but cray cray criddlers like those involved in the above three incidents. While the victim in this case was in a car, how he’s situated while making an order at a drive through is not much different than a bicyclist briefly stopped and spaced out on side of the trail as far as vulnerability to unsuspecting meth tweaker attack.

For instance if you ride past the sketchiest part and stop briefly along the side of the trail moments later to go through your bag, you have to be aware of things like this happening. It wasn’t just one of incident, but three incidents days apart. The fact that the latest victim was in a car when he got stabbed doesn’t lessen any relevance.