As we all know, PBOT is rather is indifferent about bike lane obstruction, sidewalk obstruction that disproportionately affects people with disabilities.

It sure looks like safety isn’t all that important to them either.

People have been breaking into this pole with criminal intentions of stealing electricity and they’ve splicing extension cord into it.

This is obviously something that is disproportionately more dangerous to people who rely on service animals, use assistive devices (imagine someone’s metal cane brushing up against it!). It’s so low in their priority they knew about it for over 5 weeks and they haven’t done anything meaningful to address it. I’m speculating their care factor is quite low until someone dies or gets hurt and gets media coverage about it. 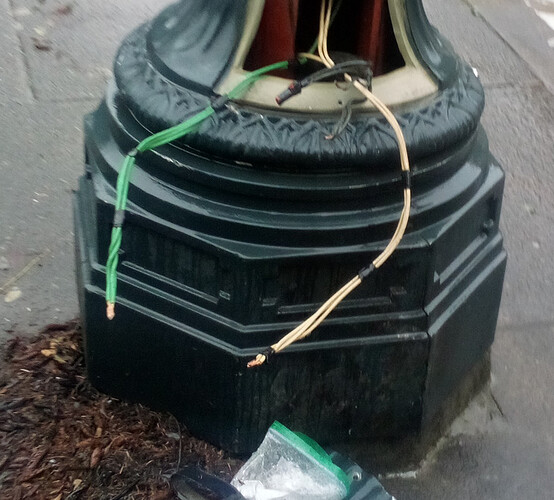 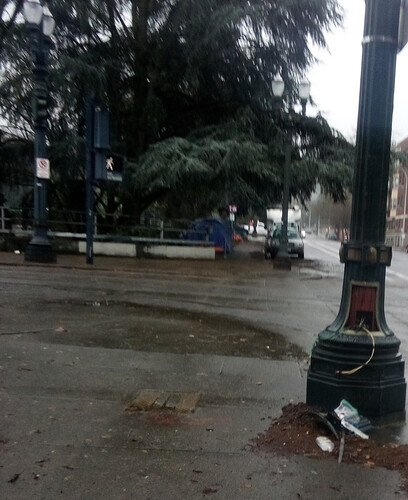 They only left such dangerous conditions for 41 days. Such conditions should be fixed in about 41 hours, not 41 days.

Portland is now a city run by ideologues. The way to get ahead for city employees is to virtue signal about racial and social justice. Doing municipal government stuff like fixing dangerous hazards is no longer important

Well, when you don’t need a degree and can get paid a higher salary than employees in computer/tech job positions why wouldn’t you?