Shooting 12/20/22 around 1:20 p.m. on the pedestrian and bike path near Southeast Salmon Street. (Near OMSI). Public safety is in shambles in Portland. When will Portlanders say “we care”
instead of just saying “it’s like this everywhere” ? 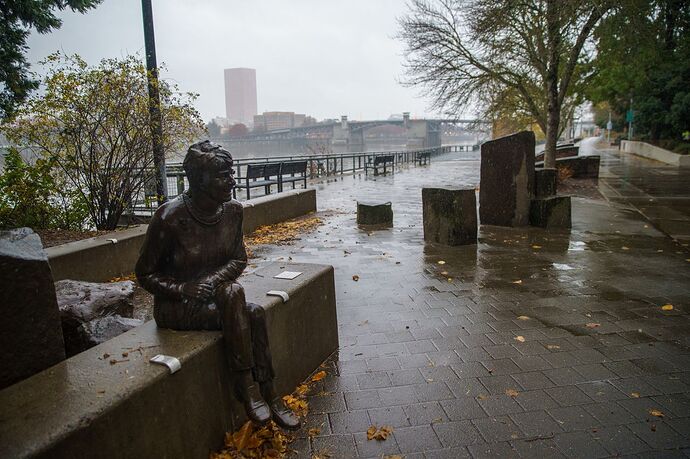 The shooting prompted a lockdown at OMSI, less than half a mile from the scene.

Adding to the argument the Esplanade is NOT safe here is the link to the fatal shooting that occurred in May 2023. Ash Smith, a homeless mother of 5 was killed while at a drum circle by a schizophrenic. Man charged in fatal May shooting at Portland’s Eastbank Esplanade deemed unfit to stand trial - oregonlive.com

There’s not a lot of public paths and spaces that aren’t safe anymore. Everyone needs to be always completely vigilant. When I get off the bus downtown and walk to my office, I’m constantly checking my surroundings and would never ever cover my ears with music as I need to be able to hear. Fortunately, just saying “Good Morning” to everyone who’s awake is often welcomed with a “Good Morning” back, but some do not.

From sources familiar with vagrancy activities in the Central Eastside Industrial District, there are DRUG DEALERS operating out of vagrancy RVs of relatively insubstantial cash value meaning they operate without much concerns about forfeiture by the DEA compared to say someone operating out of a house they own with substantial equity in it.

Shooting and such tend to coincide with transient camp complaints, because drug dealers go where vagrant drug addicts inhabit. These kind of violence also tend to correlate with Measure 110. Color me surprised.