Are MUPs about to get a new influx of drug camps?

Mayor Wheeler is issuing an order to “relocate” drug camps from dangerous roadways in response to a new report about pedestrian deaths. The report said that 70% of the soaring number of pedestrian deaths were homeless people. Not too surprising really. I often see obviously impaired folks defiantly staggering down the center of roads like Division Street in east county. Sometimes with bikes, baby carriages, or shopping carts. They never seem to use crosswalks when crossing major streets either. The question is where are these drug camps going to be relocated to? Will they just expand the existing camps or create new ones on our MUPs?

I’d like to ignore calling them “drug camps” but I can’t. I’ll simply refer to them as houseless encampments which is accurate. We do know that not everyone that is unsheltered is a drug user. So to call them “drug camps” is a dehumanizing disservice to those that are clean and struggling to overcome their predicament. It is accurate to say drugs are prevalent amongst the houseless encampments, but it’s a chicken and egg scenario as to why drugs are so prevalent in houseless encampments. Being unhoused leads to severe mental anguish and depression (ignoring that some may have been mentally unwell already) and, with drugs so prevalent, can lead to drug use to cope with destitution. Also, drug abuse before homelessness can lead to becoming unsheltered and destitute. We don’t know why those that are on drugs in camps started using.

On the other substance of your comment, you’re unfortunately almost certainly right. When you sweep the houseless from one place, they just get displaced elsewhere. The encampments will just keep moving until they find a place where they are left more alone for longer. They will end up in other public spaces or in neglected private spaces. Unfortunately, MUPs are less visible to a huge swath of the public that doesn’t use them. Among those that do, a significant chunk uses them for recreation over utility and therefore will just abandon them. So it’s not unlikely at all that there will be a spike in encampments there.

I really hate the trash everywhere in Portland these days. Seriously, 30 years ago when I first saw Portland, I was amazed at how clean it was for a city and one of the big reasons I fell in love. Despite that, in recent history, I appreciated just how visible the unsheltered population had become. I had hoped the voting public would start demanding and voting for programs that would actually try to solve it rather than just kick the can down the road (or MUP if you will) yet again. Blaming the houseless population therein is ignoring the problems of how too many of them got there in the first place due to no fault of their own. Just demanding that camps get swept away without dealing with their population within will never end up improving the problem. It’s like trying to treat the symptoms and not the disease.

I call them drug camps because that is what they are and the vast majority of people living in them are drug addicts whose using caused them to become homeless. Focusing on the handful of unicorn “houseless” who aren’t there because of their addictions is why the root cause of this mess - the meth and opioid epidemic - isn’t getting addressed and the situation will just continue to get worse. An addict’s drug use has to be dealt with before any of their other mental health, employment, or other issues can be addressed. Otherwise the best intended efforts are futile.

I too moved to Portland about 28 years ago. I loved how clean, quirky, and safe it was. Now it’s almost like something out of a post-apocalyptic scifi film.

careful what you say. . . the norms here allow accusations against automobile operators on a mere hunch but allegations against the members of unhoused community apparently can not be voiced here until you can prove it just shy of beyond a reasonable doubt standard /s

I think the majority of the camps are run by addicts, but no one knows do we/they?

Someone could also posit that “All these people look like Trump supporters and were probably at the Jan. 6 insurrection. They are trying to sabotage liberal Portland.”

With generic headcounts as the only kind of documentation of the camps, we are left to our observations and prejudices.

MUP’s are already populated, especially the ones close to retail stores. A lot of these high crash areas are not that populated, so maybe minimal movement to other areas will be how it’s played out.

Everything seems to be pinned on the Martin v. Boise ruling :

Martin v. Boise (full case name Robert Martin, Lawrence Lee Smith, Robert Anderson, Janet F. Bell, Pamela S. Hawkes, and Basil E. Humphrey v. City of Boise) was a 2018 decision by the U.S. Court of Appeals for the Ninth Circuit in response to a 2009 lawsuit by six homeless plaintiffs against the city of Boise, Idaho regarding the city's anti-camping ordinance. The ruling held that cities cannot enforce anti-camping ordinances if they do not have enough homeless shelter beds available for their In...

NIMBYism pops up when neighborhoods are considered .

The problem with building sanctioned “villages” or dorms to house the people currently living in drug camps all over the place is that, unless you enforced drug laws in them, they would immediately become sanctioned drug “villages” and drug dorms with the same behaviors. And if you did enforce drug laws in them, the addicts would avoid them and continue with their unsanctioned drug camps everywhere. Until there is an actual plan to deal with the root cause of most homelessness - the meth and opioid epidemic - then no progress is going to be made. And offering voluntary drug treatment isn’t going to scratch the surface.

Nothing in Martin v. Boise; or the Anderson Agreement have any effect on prosecuting the “drug services provider” utilized by transients for " Unlawful Delivery Controlled Substance" to the fullest extent of the law. I personally think HUCIRP shows very little interest in pushing this.

ODOT and city have every right to add surveillance cameras all over to monitor its own properties as long as it is done so in a way that do not invade the privacy of people in adjacent properties where there’s a reasonable expectations of privacy. Meaning that ODOT cameras shouldn’t have neighbor’s backyard in its frame.

Utilizing the footage and live view of these cameras, it would be perfectly legal for police to step in and intervene on suspicions of delivery of controlled substances. While a mere “possession” is no longer a crime, drugs don’t stay in possession indefinitely so getting druggies for distribution the moment it changes hands is how it can be done legally… but our politicians/program managers empowered with decision making shows no apparent interest in doing so.

Blaming the houseless population therein is ignoring the problems of how too many of them got there in the first place due to no fault of their own.

I’m afraid this is once again confusing compassion with enabling. They need a hand up but they have to grab that hand. If they are not willing to do that, then there are consequences. One of them is not being able to live wherever they da%$ well want. Allowing street camping is inhumane. It needs to end.

Actually it’s not at all clear that there are not enough beds on many days. The city/county seem reluctant to release that information. I imagine it’s because the public would realize how many homeless are refusing the offer of shelter. 100% at the recent Laurelhurst Park sweep were offered shelter. Very few took it. 8 out of 60. 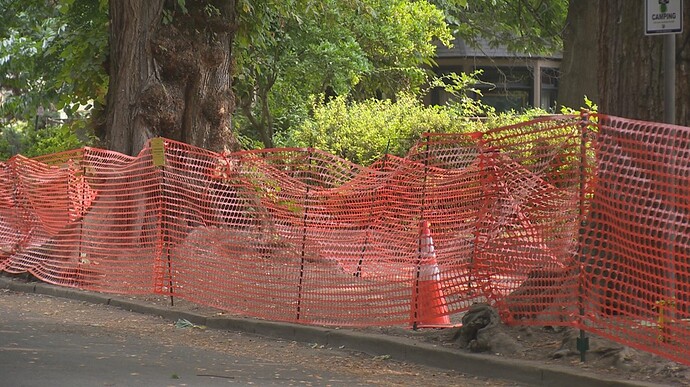 Roughly half of those cleared from Laurelhurst Park homeless camp went into...

Officials began tallying up the numbers before crews cleared the camp last Thursday. Social service providers had been out, telling people resources are available.

and we don’t want drug addict transients coming into town from elsewhere to utilize treatment.

My point was that addicts in the throes of their addiction don’t want treatment. They want more drugs. They’ll run from any offers of treatment.

@bryanrmorris what I have heard before are people who come here from OTHER STATES hoping for a rehab, then becoming hooked to cheap heroin here. Either way, free treatment shall not be available to people arriving here from other states or even outside the pdx metro area where services are less plentiful.

Kind of like entitled, monied, white people that were snatching up COVID-19 vaccine appointments earlier in 2021 that were set aside for members of disadvantaged communities using a code intended for people in those communities. 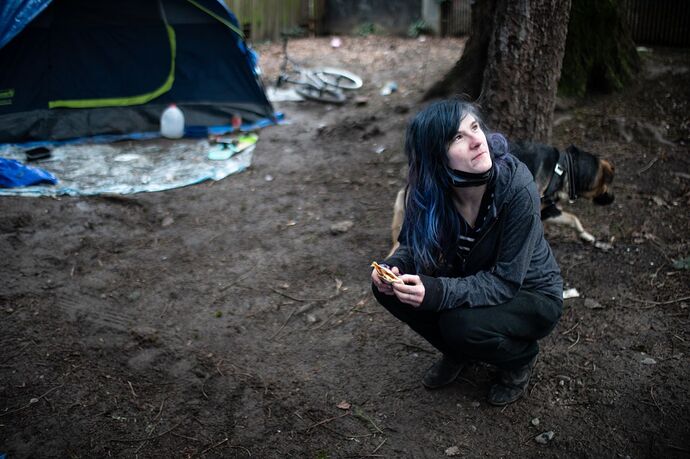 Advocates say the city of Portland needs to change its homeless sweeps policies.

These so called Safe Rest Villages are starting up and looks like it would give the addict an opportunity for changing.

@raysco You cited one of the least credible source available. Portland.gov

Homeless camp near school will be cleared before students return | kgw.com Lincoln high is in session, but there are numerous transient camps directly across the street well within 100 feet of school property that have plagued that planting strip for years. Why should I trust the City of Portland when there is no consequence for failing to uphold the promise?

two different situations.you are asking the wrong person.
if your main point is government reliability? maybe call KGW about this.
If your point is these Safe Rest Villages are never gonna happen…it looks like they are getting close to operational.

You’re mistaking my penchant for paying attention to nuance and details with an oversimplifying assertion that I’m part of some sort of “enabling problem.” Typical. You are exhausting in your black and white declarations of nearly everything. You are much more noise than signal when it comes to talking through complicated issues with complicated solutions. None of this is going away without a lot of financial cost to the system – whether you want to pay for it or not. It’s already costing us a lot by doing nothing. But at this point, I’ll ignore the rest of this bickering bullshit of a thread.