Geoff Manaugh: While you were making those measurements of different real-world cities, did you discover any surprising patterns or spatial relationships?

Librande: Yes, definitely. I think the biggest one was the parking lots. When I started measuring out our local grocery store, which I don’t think of as being that big, I was blown away by how much more space was parking lot rather than actual store. That was kind of a problem, because we were originally just going to model real cities, but we quickly realized there were way too many parking lots in the real world and that our game was going to be really boring if it was proportional in terms of parking lots.

Manaugh: You would be making SimParkingLot, rather than SimCity.

The Philosophy of SimCity: An Interview With the Game's Lead Designer

It always blows me away to compare Nolli’s map of Rome (c. 1748) to Venturi & Scott Brown’s Learning From Las Vegas. The second image has both areas at the same scale. 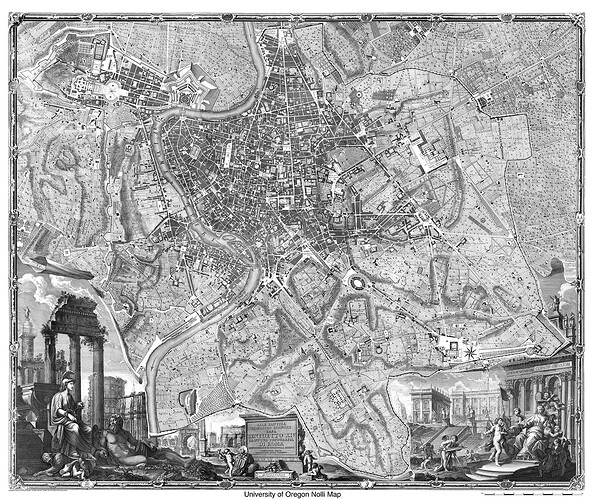 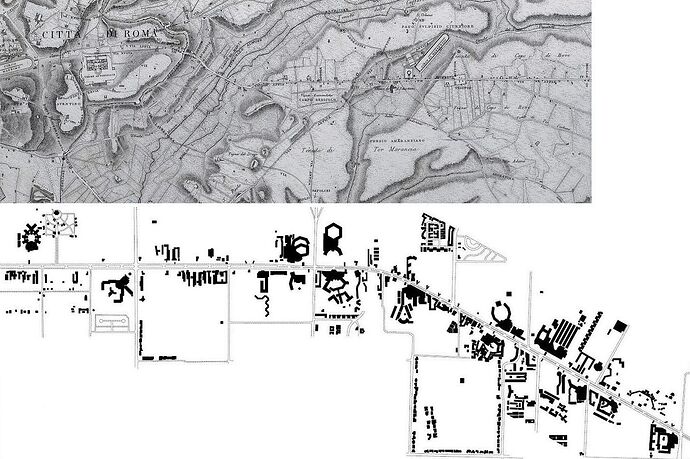