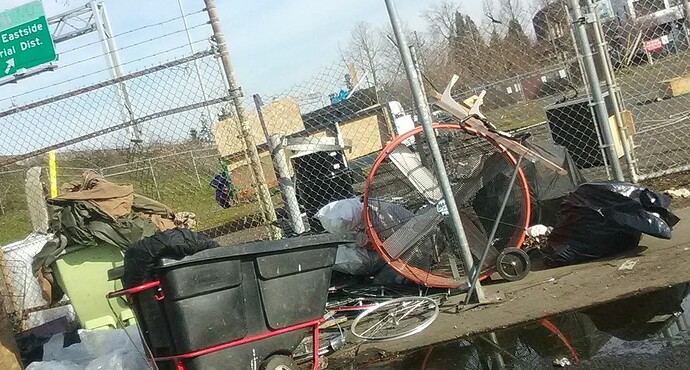 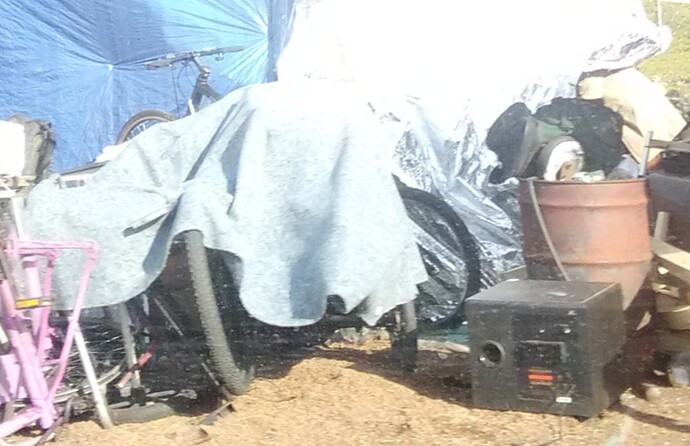 pedacycles1078×698 139 KB
The example photos only shows one of the smaller ones of the many such shops in cottage industry of bicycle salvaging and scrapping in this particular block. There are several more of this kind of operations, without business license. This is the same area covered by KOIN in 2005, story in which Jonathan Maus was featured: Portland's open-air bike chop shop - YouTube < that’s not my titling or assumption. That’s KOIN6’s description.

This is around the perimeter of C3PO in the

Background: C3PO is a managed camp called Creating Conscious Communities with People Outside (C3PO ) involves the CITY OF PORTLAND OMF-HUCIRP in cooperation with some “social enterprise” non tax paying organizations.